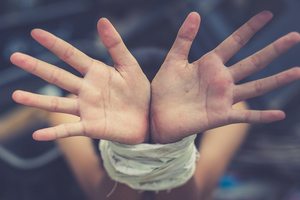 In January, Vance and a group of survivors and advocates stood in front of the Fearless Girl bronze sculpture in Manhattan’s Financial District. The group asked Governor Andrew Cuomo to include an extension on the deadline that childhood sexual abuse victims have to pursue a legal or criminal claim against their abusers.

Vance stated, “This bill reflects what we know about child sexual assault today: it can take a long time for someone to be ready to report it to law enforcement, and this delay is common, it is understandable, and it should not bar a survivor from seeking justice.”

Vance noted that Governor Cuomo had previously supported the Child Victims Act. He added that the law would “enable our prosecutors to hold more abusers accountable and get justice for more survivors.”

Last year, the District Attorney’s Association supported the bill in part. The section that extended the criminal statute of limitations on sex crimes involving children was approved. However, Vance is seeking to have the bill supported in its entirety in the state’s 2018 budget.

Supporters of the bill include Michael Polenberg of Safe Horizon and Bridie Farrell, a childhood sexual abuse survivor. The bill’s sponsors are Senator Brad Hoylman and Assemblywoman Linda Rosenthal. All were optimistic that the “#MeToo” social media movement would provide additional backing for the bill.

Farrell commented, “We survivors have been raising our voices for decades—and it’s time for Albany to listen to our pain, stories, and resiliency and to protect the most vulnerable among us: children. Governor Cuomo, we are demanding you include the Child Victims Act in your 2018 budget to make New York a safer, more just place for survivors of child sex abuse…By including the Child Victims Act in the state budget, we can turn the moment into movement and secure true justice for survivors.”

Richard Azzopardi, a spokesman for Governor Cuomo, was quiet on the issue. However, he had previously said, “It is outrageous that as a result of arcane laws, these victims have been denied their day in court. We are working with the advocates to determine the most effective way to achieve these much-needed reforms.”

The Assembly has supported and passed previous versions of the Child Victims Act multiple times in past sessions. In fact, last year, the Assembly passed the bill, which was the first time since 2008 it made it past the Assembly. However, the bill has lacked support from the Senate, which is mostly Republican.

Last year’s bill, which was supported by both the Assembly and Governor Cuomo, would give survivors of childhood sexual abuse until their 50th birthdays to bring civil claims against their abusers. For criminal claims, the statute of limitations would be the victim’s 28th birthday. Right now, survivors have until their 23rd birthdays to pursue either type of legal action against their abusers.

Additionally, the bills provide a one-year time frame to reopen old cases. Further, the bill makes no distinction between public and private institutions. Under the current law, victims who are abused in public institutions, such as schools, only have 90 days from the date of the abuse to file an intent to sue.

Those opposed to the provision that allows old cases to be revived include religious groups, such as the Orthodox Jewish community and the Catholic Church. According to the Catholic Church, grave amounts of financial harm could result from the proposed bill.

As of May of 2018, the Assembly passed the bill. At this time, it is still not clear whether the bill will make it through the Senate.

Why do some sexual abuse survivors wait so long to pursue legal action?

Though they have done nothing wrong, victims of sexual abuse often feel humiliated and ashamed after the incident. Victims often worry that others will blame them and judge them, and they may also fear that they will be accused of lying. Some victims are scared that others will side with the aggressor. The longer that they wait, the stronger these fears and concerns become.

Most perpetrators of sexual abuse already know the child. In a 2003 report released by the National Institute of Justice, 75 percent of adolescents who had suffered sexual assault said that the aggressor was someone that they knew.

Childhood sexual abuse includes nonconsensual physical contact, as well as other types of harm, such as voyeurism, child pornography, and exposure to sexual content.

Signs that a child may have been abused

There are many signs that may hint that a child has suffered abuse. These include:

Parents and caretakers should use extra caution around any adults that exhibit the following behaviors:

If a parent or caretaker has any reason to suspect that a child has been abused, the matter should be reported to the authorities immediately. Pediatricians, child psychologists, and other professionals may also be consulted, as well as an attorney who is able to assist in pursuing justice against the abuser.