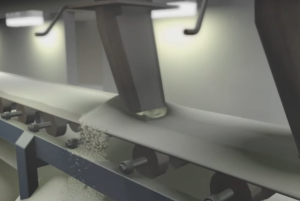 Plants where a lot of sugar dust is present are classified by the U.S. Occupational Safety and Health Administration as “hazardous locations,” the same classification as coal preparation plants and producers of plastics, medicines and fireworks, according to the OSHA Web site.

According to news reports, ambulances and emergency workers from 12 counties in Georgia and South Carolina had been called in to assist at the scene. Emergency personnel spent the first hour following the Imperial Sugar Co. explosion pulling people out of the building and struggled to stop the spread of the fire.

Efforts to control the blaze started by the Imperial Sugar Company Plant Explosion where hampered by water pressure problems. Tugboats from the nearby Savannah River where called in and turned water cannons onto the blaze, and fire officials had to divert water from homes along I-95 in order to fight the fire.

At least 62 people where injured in the Imperial Sugar Co. plant explosion, while 6 others where reported missing. All of the injured where taken to area hospitals, where 40 were treated and released, while13 were admitted. Nine people with severe burns where taken to a burn center in Augusta Georgia.

By the next morning, the search for the six missing victims of the Imperial Sugar Co. plant explosion had turned into a recovery effort. The U.S. Coast Guard closed the Savannah River around the port and Coast Guard helicopters searched the river for anyone who might have been thrown into the water.

Our Explosion accident attorneys are here to help you when you need it the most.