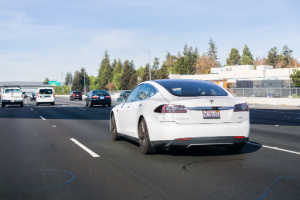 America’s Roads the Deadliest In 20 Years

According to a report posted on CarScoops.com, the National Highway Traffic Safety Administration (NHTSA) released early traffic fatalities estimates for the first quarter of 2022. The report provides a gloomy outlook for the rest of 2022. So far, 2022 has been the deadliest year for traffic fatalities in the United States since 2002. A statistical forecast of traffic fatalities provided by the NHTSA shows that nearly 10,000 people died in traffic accidents in the first quarter of 2022. That’s a seven percent increase over the same period in 2021 when 9,000 people died.

Some believe that the increase is due, in part, to Americans spending more time on the road this year. Preliminary crash data from the Federal Highway Administration indicates that Americans traveled 40.2 billion miles in the first quarter of 2022, which is more miles driven than in 2021.

The increase in fatal accidents cannot be entirely explained by the increased time spent on the U.S. roadways, though, because even though Americans drove 5.6 percent more in Q1 2022 than in Q1 2021, traffic fatalities increased by seven percent. This means there have been many more traffic deaths per mile driven this year than last year. The NHTSA also reported that the increase in fatality rates increased in the majority of U.S. states. Twenty-nine states and the District of Columbia have seen an increase in traffic fatalities in the first quarter of 2022.

Delaware had the highest jump in the number of traffic deaths this year. Texas’s fatal accident rate grew by 5.6 percent, which is less than the national rate. Fortunately, other states had lower death rates, including California and Rhode Island. Rhode Island had the fewest fatalities (7).

One July report shows that America is unique amongst other developed countries in terms of the rising death rates. It is believed that the average size of its driver’s vehicles, limited use of enforcement cameras, and its handling of drunk drivers have contributed to a higher number of traffic fatalities as compared to countries like Canada.

Did you or a loved one sustain harm due to a recalled motor vehicle? Parker Waichman LLP helps those who have suffered product injuries receive full monetary compensation. Trust your case with our accident attorneys. For a free consultation, contact our law firm today by using our live chat or calling 1-800-YOUR-LAWYER (1-800-968-7529).