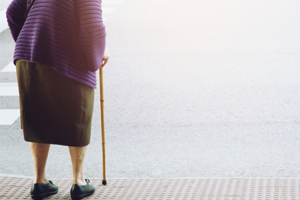 BROOKLYN, N.Y. — Tragedy struck when a reportedly 89-year-old woman who was walking on a sidewalk was killed by a motorist attempting to back into a Brooklyn driveway. The woman died at Kings County Hospital. According to patch.com, witnesses called for emergency response at 4:20 p.m. The investigating officers did not arrest the 49-year-old driver who allegedly backed into the woman. Police continue to investigate the tragic event.

Police and emergency medical technicians sped to the accident scene located on Avenue S, situated between Brown and Haring Streets approximately three blocks west of Marine Park. Upon arrival, they found the 89-year-old pedestrian down on the sidewalk suffering from severe head wounds. Medics rushed the stricken pedestrian to King County Hospital where she succumbed to her injuries.

The police immediately launched an investigation to determine how and why a 49-year-old male who was backing into his driveway on Avenue S ran the woman over. Officers told the media that the male remained at the scene of the crash. The man was driving a 2009 Toyota Highlander at the time of the accident. The patch.com reported that the operator of the Toyota was backing into his driveway when he collided with the pedestrian. Reports said the contact with the vehicle knocked the 89-year-old pedestrian down onto the sidewalk.

The patch.com reported that the Highway Patrol Collision Investigation Squad from the New York City Police Department would take over the investigation from the officers who responded to the emergency call. The accident reconstruction investigators have not released their final analysis of the crash. The collision investigators will review all aspects of the deadly incident to determine how the crash happened and will pay particular attention to issues like visibility, distraction, and speed leading up to and at the time of the accident. The police did not arrest the driver of the Toyota at the scene of the accident.