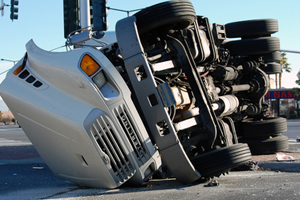 CLEARWATER, FL – According to the Flarecord.com, a driver has filed a lawsuit against a truck driver and the truck driver’s employer in relation to a crash that caused injuries. The lawsuit was filed in January against the driver, identified as Mr. Rodriguez, and Flako Truck LLC, which employed Rodriguez.

The lawsuit claims that the company did not provide adequate training to its employee.

The plaintiff, Mr. Eckert, was injured in a vehicle collision in January of 2018 in St. Petersburg, Florida. The plaintiff allegedly was injured, “resulting in pain and suffering, disability, disfigurement, mental anguish, expense of hospitalization, medical and nursing care, and treatment, and the loss of earnings.”

Additionally, the size of trucks makes them more unwieldy, and they take far longer to come to a stop than smaller vehicles do. Because of this, these vehicles take training and skill to operate safely. The drivers must also stay attentive over the course of many hours behind the wheel. Truck drivers are legally permitted to travel for up to 11 hours in a day. Being able to remain alert and focused for so long is challenging, and yet many drivers admit to traveling for even longer stretches of time.

Have you or a member of your family been injured in a truck accident?