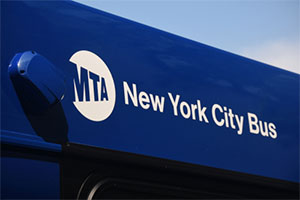 BROOKLYN, NY – According to an accident news story on abc7ny.com, a 23-year-old bicyclist has been tragically killed in an accident involving an MTA bus in Brooklyn, New York. The fatal bicycle accident occurred on Wednesday night at around 7:30.

The victim suffered severe injuries all over his body, and the man was transported by emergency medical services to Bellevue Hospital. Tragically, the man died at the hospital due to the severity of his accident-related injuries. He was officially pronounced dead at Bellevue Hospital.

According to the news report, the 50-year-old MTA bus driver stopped and waited at the scene until he was released by the investigating police officers. The MTA issued a statement about the tragic accident on Wednesday night.

Amanda Valdes, a spokeswoman for the MTA, stated, “This is a terrible tragedy, and our heart goes out to the cyclist and their family during this tremendously difficult time.” Ms. Valdes also stated that the people at the MTA offer their regards to the bus operator involved in the accident. She stated that the MTA would work closely with the NYPD concerning the accident.

Parker Waichman LLP helps those who have lost a family member in an accident receive full monetary compensation. Trust your case with our fatal bicycle accident lawyers. For a free consultation, contact our law firm today by using our live chat or calling 1-800-YOUR-LAWYER (1-800-968-7529).