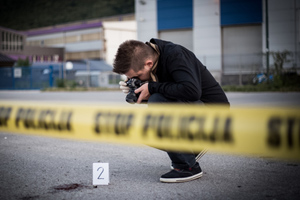 BROOKLYN, New York, N.Y. — Two teenagers and an eleven-year-old boy perished in a drag racing accident in Brooklyn Saturday. New York City Police responded to Floyd Bennett Field in Brooklyn to investigate reports of a severe auto collision. The preliminary investigation undertaken by NYPD accident investigators, aided by officers from the U.S. National Park Service, revealed that two cars were drag racing and “doing donuts” when the two cars slammed together. The three people who were killed rode in one car. One person in that car survived. The driver and two passengers, the other vehicle were injured, but those injuries were not considered to be life-threatening, according to the New York Post. There were no arrests made in the immediate aftermath of the crash.

NYPD, FDNY, and EMS responded to Floyd Bennett Field around 8:15 p.m. Witnesses directed the first responders to a parking lot within the National Park Service location. Witnesses told police that the two cars were engaged in a drag race and began driving in circles rapidly in a maneuver called “doing a donut.” Upon arrival, first responders found a 2020 Toyota Camry and a 2014 Kia Forte nearly demolished. Police soon learned that the Camry, which was driven by a 16-year-old boy, drove into the side of a 2014 Kia Forte. A 16-year-old boy drove the Forte with three passengers. Two passengers were accompanying the driver of the Camry.

The driver of the Camry, along with a sixteen-year-old female passenger, and an eighteen-year-old male, sustained relatively minor injuries in the crash. There was no information provided about their medical treatment.