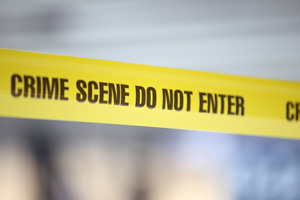 Hit and run in Brooklyn

BROOKLYN, NY – According to an online news report posted on abc7ny.com, two women were tragically killed during a hit-and-run pedestrian accident in Brooklyn, New York. According to the news report, the fatal accident occurred at the intersection of Pennsylvania and Flatlands Avenue in Brooklyn.

The NYPD’s Highway Collision Squad reported that a gray BMW was heading southbound on Pennsylvania Avenue when the vehicle collided with a Toyota Camry heading eastbound along Flatlands Avenue. After the accident, the male driver of the BMW, along with his male passenger, jumped out of the BMW and then fled the scene of the accident on foot.

The Toyota Camry’s female driver and a female passenger were taken to NYC Health and Hospitals/Kings County for emergency medical treatment. However, the two women tragically passed away due to the severity of their injuries.

One accident eyewitness reported to police that the BMW was moving at a “high rate of speed.”

The identities of the two women who tragically passed away have not been released to the public. The police have contacted the family of those fatal injured. The NYPD’s Highway Collision Squad is continuing the accident investigation.

Were you or a loved one harmed in a hit-and-run accident?

Parker Waichman LLP helps those who have been harmed in an accident receive full monetary compensation. Trust your case with our accident attorneys. For a free consultation, contact our law firm today by using our live chat or calling 1-800-YOUR-LAWYER (1-800-968-7529).