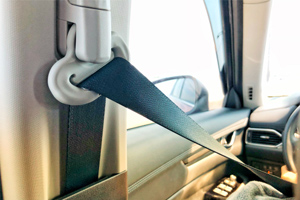 BROOKLYN, NY – July 13, 2020 – According to an online news report on amny.com, Brooklyn detectives think high-speed, reckless driving was the reason for a tragic, fatal auto accident at Floyd Bennett Field. The accident occurred on Saturday night, and the wreck resulted in the tragic deaths of three Sheepshead Bay teens. According to the new story, Gateway National Recreational Area federal police and the New York Police Department’s NYPD collision investigation squad are investigating the accident. Law enforcement is examining the possibility that the teenagers were performing high-speed antics or drag racing. Part of the Gateway National Park system at Floyd Bennett Field has an old runway. Floyd Bennett Field was the city’s first municipal airport.

Amongst the deceased, law enforcement reported two of the victims were boys ages 16 and 11, and a female aged 18. The survivor in the accident, a 17-year-old, is at the Lutheran Medical Center and listed in critical condition, according to the police. The driver and identified at a 16-year-old boy, and some of the children are siblings.

The other car involved in the accident is all in stable condition. The three people in this car were severely injured in the accident. All three were transported to the Kings County Hospital, according to the news report. It was reported that the driver in this car is 16-years-old.

According to the police investigating the accident, the three deceased accident victims were traveling in a 2020 Toyota. The Toyota was moving at a very high rate of speed in a westbound direction on Floyd Bennett Field’s 440 Runway. This car was reported as striking the driver’s side of the second motor vehicle, a Kia Forte. The report states that the Kia Forte was also moving at a very high speed on Floyd Bennett Field’s Taxiway C.

The news report states that both cars were mangled, and the passengers had to be extricated by ESU police and firefighters. The news report claims the Toyota was smashed beyond identification. One of the vehicles flipped over due to the impact of the crash. Accident investigators state that the Kia was driven by a 16-year-old, who has tragically passed away. The Kia’s other passengers have not been identified. However, it is believed that they are all Madison High School students located in Madison, Brooklyn.

The Floyd Bennett Field airfields have a history of being used as an illegal drag racing stip. The airfields are open to motor vehicles, and the airfield is known for a safe place for young drivers to practice driving.