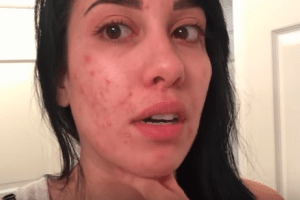 Women taking Accutane are still becoming pregnant, despite a program that is supposed to keep the drug away from expectant mothers. The program, known as iPledge, was designed to insure that pregnant women would not take Accutane and other medications containing isotretinoin, an agent known to cause birth defects.

The iPledge program was initiated by the Food and Drug Administration (FDA) and became mandatory last year. All patients using isotretinoin must enroll in iPledge, as well as doctors who prescribe the drug and the pharmacies that sell it. The program requires patients to sign a document informing them of the drug’s risks. Patients must also agree not to share their medication with anyone else, and to make follow up visits with their doctors. The program has special requirements for women of childbearing age, including the requirement that they submit to regular pregnancy tests at their doctor’s office. The prescribing physician is then required to enter the results of the tests into the iPledge database. Women also must sign a pledge promising to use birth control while taking Accutane.

When iPledge was first introduced, the FDA hailed the program as an effective vehicle for preventing the birth defects associated with Accutane. But a report issued by the FDA and the companies that manufacture isotretinoin-containing drugs released earlier this week says that the program is falling short. In the first year of iPledge, 122 pregnancies were reported among female participants. Of those, 78 were taking the drug when they became pregnant, and 10 were already pregnant when they were first prescribed the drug. Incredibly, two of those women are known to have had their doctors falsify their pregnancy tests. Most of the pregnancies that occurred after the woman started taking isotretinoin came about because the patients were not diligent about using contraceptives.

Accutane and other isotretinoin-containing medications are never safe during pregnancy. Even if an expectant mother takes the drug in small doses over a short period of time, her baby has a greater chance of suffering severe brain and heart defects, mental retardation and other problems. And the risk continues for about thirty days after a woman stops using Accutane. In addition to birth defects, the drug has been associated with myriad of other serious Accutane side effects. It has been linked to Inflammatory Bowel Disorder, as well as psychiatric problems. Accutane has also been associated with problems of the liver, kidneys, central nervous system, and pancreas, as well as the cardiovascular, musculoskeletal and auto-immune systems. Accutane Crohns lawsuit or IBD lawsuit filed over Roche  aren’t rare phenomena in the US. Accutane and the other drugs in its class are only supposed to be used for the most severe types of acne.  However, it has long been known that doctors prescribe these medications to patients with milder acne.

The March of Dimes, an organization dedicated to preventing birth defects, said on its website that  it is evaluating the report and will carefully review any proposed changes to the iPledge program.  The FDA has scheduled a meeting of its Dermatologic and Ophthalmic Drugs Advisory Committee and Drug Safety and Risk Management Advisory Committee for later today to discuss the iPledge program’s shortcomings.

Our attorneys for Accutane side effects are here to help you when you need it the most.