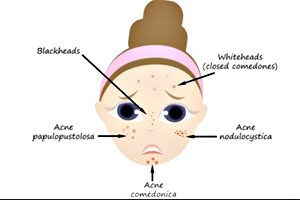 Accutane IBD Injury Lawsuits. At re-trial, a New Jersey just awarded more than $1.5 million to a woman who developed a type of inflammatory bowel disease (IBD) after she took the acne drug, Accutane, which is made by Hoffman-LaRoche Inc.

The case is a second win for the woman, whose prior verdict was overturned on appeal. The woman was awarded a judgment of $1.5 million in compensatory and about $88,000 in prior medical expenses. The award followed a one-month trial in which the woman’s attorneys presented evidence revealing that Roche knew that taking Accutane may lead to IBD. Evidence was also presented indicating that Roche did not sufficiently warn about the acne drug’s risks.

The woman began taking ‘Accutane’ when she was 12 years old to treat her severe recalcitrant nodular acne. She developed ulcerative colitis when she was 15 years of age and her condition worsened until she was forced to undergo colon removal when she was 21 years old in 2006.

The case is the ninth loss for Roche in ‘Accutane’ liability lawsuits, according to Law360. Many Accutane cases reveal ties between the drug and ulcerative colitis. Lawsuits allege that Roche has not appropriately warned about this risk.

Many thousands of Accutane IBD lawsuits have been pending in a New Jersey mass tort litigation that began in 2006; cases have continued to mount.

Accutane was approved by the U.S. Food and Drug Administration (FDA) in 1986 and the drug has been the focus of controversy ever since. In the late 1980s, ‘Accutane’ began receiving attention due to its ties to serious birth defects. The drug has also been known to lead to psychiatric problems, including hundreds of suicide cases in the United States, alone.

SJS attacks the skin and mucous membranes and may spread to internal organs. When more than 30 percent of the body is involved, the disorder is known and Toxic Epidermal Necrolysis (TEN). SJS and TEN are typically treated in hospital burn units.

In 2009, Roche stopped marketing ‘Accutane’ for economic reasons. When announcing the decision, Roche cited the high cost of product liability lawsuits involving the drug as one of the factors in the decision.

Our Accutane side effects attorney is here to help you when you need it the most.