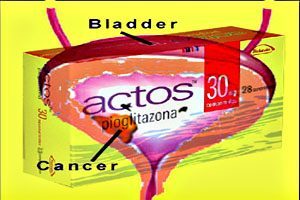 U.S. District Judge Rebecca Doherty, who is overseeing the Actos litigation, also appointed plaintiffs’ co-lead counsels, liaison counsel, and named members of the Plaintiffs’ Executive Committee, according to a notice published on the Court’s website.

The first hearing on the cases is set for March 22.  According to the Court’s notice, Judge Doherty decided to name plaintiff leadership roles ahead of that hearing so the committees could have their initial planning sessions with the Court on March 23rd, while the attorneys are still in Lafayette.

Takeda Pharmaceuticals and other defendants involved in the litigation are accused of concealing knowledge of Actos’ bladder cancer risks and failing to adequately warn consumer and health care providers about its association with bladder cancer. According to a report from Bloomberg News, some legal experts believe Takeda could eventually face as many as 10,000 Actos bladder cancer lawsuits.

The FDA issued a safety communication

In June 2011, the  U.S. Food & Drug Administration (FDA) issued a safety communication stating that use of Actos for more than one year may be associated with an increased risk of bladder cancer.

Regulators in France and Germany also suspended sales of the drug their after a separate study commissioned by French regulators demonstrated an increased risk of bladder cancer associated with Actos in people who took it the longest and at the highest cumulative dose.

In December, the U.S. Judicial Panel on Multidistrict Litigation ordered that all Actos side effect lawsuits be consolidated in a multidistrict litigation before Judge Doherty.

A multidistrict litigation allows lawsuits associated with a particular product to be coordinated under one judge for pretrial litigation to avoid duplicative discovery, inconsistent rulings and to conserve the resources of the parties, witnesses and the court.

Our Actos lawsuit lawyer is here to help you when you need it the most.