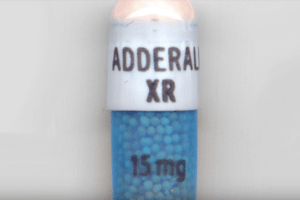 ADHD Drug Is Being Discontinued. A drug that has been used for attention deficit hyperactivity disorder for 30 years is being discontinued.

The consumer group Public Citizen petitioned the Food and Drug Administration on Thursday, asking the agency to ban pemoline, also sold under the trade name Cylert, because of reported cases of liver damage in users.

Abbott Laboratories Inc., the manufacturer of Cylert, said it was already planning to discontinue the drug because of declining sales.

Pemoline was approved in 1975. Since then other drugs, including generics, have become available to treat the condition. Cylert sales were less than $1 million last year.

In its petition, Public Citizen said the drug had been withdrawn in the United Kingdom

In its petition, Public Citizen said the drug had been withdrawn in the United Kingdom and Canada and carried two separate label warnings in this country.

Between the 1975 approval and 1996, there were 193 adverse drug reactions involving the liver ascribed to pemoline, including 13 cases of acute liver failure, Public Citizen said.