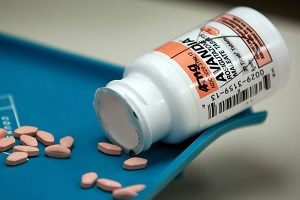 Avandia May Cause Complications. Avandia has come under fire again after a German study found that the controversial diabetes medication did little to improve quality of life for patients using it. In fact, the analysis found that Avandia could actually worsen complications of the disease.

The new study was conducted at Dusseldorf’s Heinrich-Heine University. Researchers there analyzed data from 18 Avandia clinical trails involving 8,000 patients. The study concluded that Avandia was no better than older oral medications at reducing blood sugar, and those patients taking ‘Avandia’ were more likely to gain weight and develop edema. ‘Avandia’ was also linked to bone fractures and cardiac problems. Dr. Bernd Richter, who led the German research team, even went so far as to question the ethics of conducting further clinical trails of Avandia when other safer diabetes treatments were already available.

The German study is the latest in a string of bad news surrounding ‘Avandia’. On May 21, the Cleveland Clinic published an analysis of 42 clinical trails showing that patients taking Avandia had a 43-percent higher risk of having a heart attack. Though the Cleveland Clinic and German studies were conducted independent of each other, they seem to have reached similar conclusions. And just this week, Consumer Reports issued its “Best Buy” diabetes drugs report, which found that older and cheaper oral diabetes medications were a better choice for patients than new drugs like Avandia. The Consumer Reports study questioned the wisdom of prescribing Avandia when other more proven drugs are available at a lower cost. ‘Avandia’ can cost as much as $200 per month, while generic diabetes drugs cost between $10 and $60 per month. The safety concerns surrounding ‘Avandia’ also influenced the magazine’s decision to exclude the drug from its list of “Best Buys”.

GlaxoSmithKline, Avandia’s manufacturer, hotly disputes the findings of both the German and Cleveland Clinic studies.  The company called the German study “misleading”, and claims that its own clinical trails show Avandia to be as safe and effective as other diabetes medications. ‘Avandia’ had been GlaxoSmithKline’s second biggest selling product.  Following the publication of the Cleveland Clinic study, prescriptions for ‘Avandia’ tumbled and analysts slashed their estimates of the company’s future earnings.

GlaxoSmithKline and the FDA have come under fire

Recently, both GlaxoSmithKline and the Food & Drug Administration (FDA) have come under fire for failing to warn the public about the cardiac risks associated with ‘Avandia’. Testimony at a congressional hearing last month revealed that the company and the FDA had known about the heart attack risk as far back as September 2005.  On June 6, the FDA asked GlaxoSmithKline to update Avandia’s label to include a “Black Box” warning detailing the heart attack risk. The FDA has scheduled special hearings to look into Avandia’s safety issues for July 30.

Avandia has already been the target of at least one lawsuit filed by the family of a Texas man who suffered a fatal heart attack while taking the drug. GlaxoSmithKline was also named in a class action suit brought by a group of its shareholders. That lawsuit, filed on June 16, alleges that the company failed to adequately disclose information linking ‘Avandia’ and heart problems to the investing public.

Our Avandia injury attorney is here to help you when you need it the most.