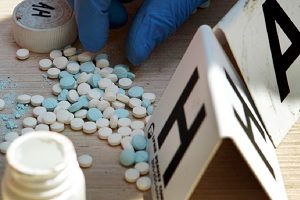 Subpoenaed Over Fake Drug Studies. The Baystate Medical Center has received a subpoena as part of a federal investigation into a doctor there who falsified 21 drug studies activity. As we reported last month, medical journals have been asked to retract studies involving Vioxx, Celebrex, Lyrica and other drugs.  All of the studies were published between 1996 and 2008.

These studies had a great deal of influence on the practice of medicine. Because of Reuben’s “research”, it had become routine for doctors to combine the use of painkillers like Celebrex and Lyrica for patients undergoing common procedures such as knee and hip replacements.

He often cited his fake data to make his case, the Journal said

Reuben even had the ear of the Food & Drug Administration, and had written the agency asking it not to restrict the use of many of the painkillers he studied. He often cited his fake data to make his case, the Journal said.

Many of the studies Reuben worked on involved drugs that have very serious side effects.  Like many antidepressants, the labeling of Effexor warns that it has been linked to suicides in young people and children. Both Celebrex and Vioxx have been linked to heart attacks and strokes, and Vioxx was actually recalled in 2006 because of these problems.

Not surprisingly, Reuben has strong ties with the pharmaceutical industry. According to the Journal, he had been a paid speaker on behalf of Pfizer – the maker of Lyrica and Celebrex – and it paid for some of his research.  Wyeth  provided $10,000 in grant money to. Reuben from 2001 to 2003, the Journal said. Merck also funded some of Reuben’s work.

According to The Wall Street Journal, Baystate Medical is cooperating fully with the federal government’s probe of Reuben.  A spokesperson for  the Springfield, Mass., medical center told the Journal that Baystate isn’t a target of the investigation.

Baystate Medical Center has placed Reuben on indefinite leave. He has also vacated an appointment as a professor at Tufts University’s medical school, the Journal said.