Home » The City of Boston is Suing Opioid Manufacturers 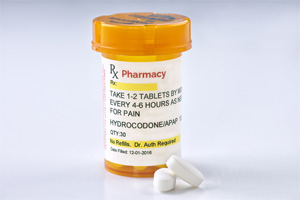 BOSTON, MA- Huntnewsnu.com reports that the city of Boston is suing a number of pharmaceutical companies in relation to those companies’ role in the creation of the opioid epidemic. The city filed in the Suffolk County Superior Court last month.

The defendants include 13 manufactures, 4 distributors and a doctor. Mayor Martin J. Walsh stated that the defendants all share some of the responsibility for the drug crisis that has been killing people throughout the city.

The lawsuit alleged that the defendants took part in “misleading marketing and reckless dissemination of opioids.” Lawsuits across the country have alleged that the opioid manufacturers and distributors actively misled the medical community and the public about the addiction risks of opioid drugs. In Boston, over 723 people have died of opioid drug overdoses since 2013.

Boston says that the city lost $64 million in costs related to opioid drug addictions and overdoses. In addition to Boston, 70 towns and cities in Massachusetts are also suing the companies.

According to the Massachusetts Attorney General, Maura Healey, an average of five people in the state dies every day because of opioids. As Massachusetts residents were overdosing on and becoming addicted to opioids, the pharmaceutical companies continued to bring in huge profits.

Even while states, cities, and municipalities pursue legal remedies from pharmaceutical companies, many Americans still lack a full understanding of the extent of the opioid crisis. Only 28 percent of people believe that the epidemic is a “national emergency,” and only about 50 percent of Americans believe that there are medical treatments for opioid addiction that are effective over the long-term.

The experienced Opioid Litigation Attorneys at Parker Waichman LLP are currently reviewing claims against the pharmaceutical companies that manufactured and/or distributed opioids.

Our firm is committed to holding the Opioid makers and distributors that pushed their highly addictive opioids fully accountable for the economic and social costs of their conduct, so contact us today at 1-800-YOURLAWYER (1-800-968-7529) or complete our online form to schedule a free case review.