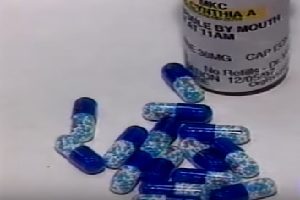 Fen-Phen Lung Injury Lawsuit. The makers of the fen-phen diet drug lost a bid last week to have a lawsuit claiming the drug caused a fatal lung disease dismissed. According to a Bloomberg News report, Pfizer Inc. and its subsidiary Wyeth Pharmaceuticals were seeking to have that lawsuit dismissed by U.S. District Court Judge Harvey Bartle III in a Philadelphia courtroom.

The drug companies claimed there was no scientific evidence that showed fen-phen caused primary pulmonary hypertension (PPH), a condition that is often fatal.

Lawsuits filed against the company claim that people who took ‘fen-phen’ were at risk of suffering PPH for up to 10 years after they stopped taking the diet drug. Fen-phen was an appetite suppressant that was recalled from the market in 1997.

In the 1990s, ‘fen-phen’ reached the pinnacle of its popularity and a total of 6 million prescriptions were written for the drug before its recall. Since that day, Wyeth and now Pfizer have been engaged in a constant legal battle with people who took the drug and suffered serious side effects or with families of people who died of PPH after taking ‘fen-phen’.

The company has set aside $21 billion to settle lawsuits

Pfizer acquired Wyeth in 2009 and with that purchase, it took on the liability of defending the company in ‘fen-phen’ court cases. The company has set aside $21 billion to settle lawsuits which claim the once-popular diet drug caused PPH. That’s just less than one-third of what Pfizer paid to acquire Wyeth.

For nearly a decade prior to being purchased by Pfizer, Wyeth was locked in legal battles on more than 175,000 individual claims that ‘fen-phen’ was the source of the life-threatening PPH and that the company hid evidence that showed the dangers of the drug.

At the turn of the Century, the Wyeth established a $3.75 billion fund to handle injury claims related to the drug but eventually was forced to add more money to it to handle the large volume of claims.

Studies from the Mayo Clinic at the time of the recall of the drugs combined to make fen-phen showed that taking the diet suppressants increased a person’s chance of acquiring PPH by as much as 30 percent. Other lawsuits claim that ‘fen-phen’ caused Heart Valve Disease, another life-threatening condition.

Most of the remaining lawsuits have been consolidated into a federal courtroom in Philadelphia where Judge Bartle III presides.