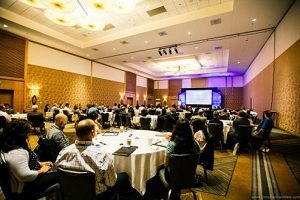 FDA Practices Questioned. California Democrat Henry Waxman, head of the U.S. House of Representatives Oversight and Government Reform Committee, is questioning how the U.S. Food and Drug Administration (FDA) determines its priorities. The FDA has been at the center of a number of recent controversies over its handling of safety issues, including tracking tainted foods, inspecting drug manufacturers, suicide risks linked to antidepressants and other medications, tainted batches of the blood thinner heparin, bacteria-tainted spinach and hot peppers, and the 2004 withdrawal of Merck & Co Inc.’s painkiller Vioxx after it was linked to heart problems, to name a few.

Waxman said the FDA seems to be giving priority to projects that benefit the pharmaceutical industry rather than helping consumers. For instance, a 2007 FDA list of top projects includes plans to offer advice to companies on promoting products and guidance on offering reprints of journal articles to physicians, according to FDA Commissioner Andrew von Eschenbach.  The FDA also plans to update regulations to protect device makers from lawsuits if their products are FDA-approved.  Waxman wrote that these steps “All appear to prioritize industry desires over consumer protection” and said that they also seem to have bypassed normal regulatory channels for quicker implementation.

Waxman also wrote that in a June 15, 2007 e-mail from then FDA Chief Counsel Sheldon Bradshaw, that Bradshaw planned to forward a list of agency priorities to the deputy secretary—Tevi Troy—at the U.S. Department of Health and Human Services (HHS). “I’ll send that list to the Deputy Secretary who, in turn, will send it back to the FDA as his list of priority projects. That will ensure that our projects are moved in a timely fashion,” Bradshaw said in one e-mail, according to Waxman. Bradshaw now represents the food and drug industry in private practice and claims the FDA’s priorities focused on public health, despite the fact that drug makers supported some practices.

In his letter, Waxman said Bradshaw and Troy have ties to the pharmaceutical industry. Prior to joining HHS, Troy worked for two companies with drug company ties and Troy’s brother works as a lawyer for GlaxoSmithKline Plc. Bradshaw maintains he never represented an FDA-regulated company before joining the FDA.  Notably, Troy was sworn in his position at HHS in August 2007, two months after Bradshaw’s e-mail.

FDA spokeswoman Heidi Rebello said the agency would review Waxman’s letter and respond to the congressman, adding that the FDA has an “ambitious agenda” that also includes tackling inspection reform and other safety issues. “It would be a mistake to think that the thousands of dedicated employees working on FDA issues cannot pursue a wide range of public health priorities concurrently,” she said.

The FDA has been criticized for its handling of a variety of drugs and medical devices pulled from the market and investigations revealed the FDA and drug companies were slow to react to problems; that the FDA tried to quiet agency doctors. FDA and drug-industry critics complain the relationship between medical researchers and drug companies is too close and that the industry has turned medical education seminars into drug-promotion campaigns.