Home » Gardasil for Boys Gets OK From FDA Advisory Panel 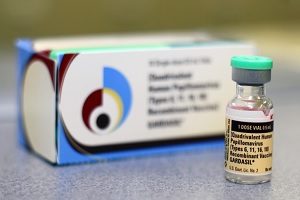 Gardasil for Boys Gets OK From FDA. Gardasil, the HPV vaccine currently marketed to young girls and women, may soon be available for boys According to a CNN report, a Food & Drug  Administration (FDA) advisory panel has recommended that Gardasil be approved for boys and young men aged 9 to 26 for protection against genital warts caused by HPV.

Gardasil prevents four strains of HPV, two of which cause 70 percent of all cervical cancers. The other two HPV strains are responsible for about 90 percent of genital warts. However, Gardasil has been the subject of controversy ever since it was approved in 2006. Recently, a new study in the Journal of the American Medical Association found that Gardasil has a higher incidence of blood clots reported. Last month CBS News reported that Merck is also looking into cases of ALS (Lou Gehrig’s Disease) reported after vaccination, and is monitoring the number of deaths reported after Gardasil is administered. Right now, that number stands at 32.

the FDA announced that the Gardasil label had been updated

In June, the FDA announced that the Gardasil label had been updated to include more prominent warnings about fainting that can occur following administration of the vaccine. According to the agency, some Gardasil fainting victims have suffered from tonic-clonic (jerking) movements and seizure-like activity, and some have fallen resulting in traumatic injuries. According to the agency, roughly 13% of Gardasil side effects reported to its Vaccine Adverse Event Reporting System (VAERS) describe fainting.

When it was first approved, Merck began an aggressive campaign to convince states to make Gardasil vaccination mandatory for young girls. However, such efforts were met with fierce opposition by many parents. While about 2 dozen states considered such initiatives, in the end only Virginia and Washington D.C. have instituted loose Gardasil mandates.  In 2007,  Merck suspended its mandatory Gardasil campaign.

According to CNN, at yesterday’s advisory panel meeting, Merck presented data from three clinical trials that the company claims supports broadening the distribution of the vaccine to include males.  According to Merck, the trials saw a 90 percent reduction in genital warts and pre-cancerous lesions caused by HPV in men, and an 89 percent reduction in genital warts incidence. Merck also claimed that  no serious adverse events related to the vaccine were reported , and that side effects – such as fever and pain at the injection site – were mild.

The FDA is not required to follow the recommendations of its advisory panels, but it usually does so.