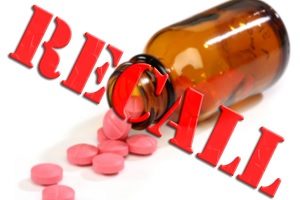 Johnson & Johnson Drug Recalls. Johnson & Johnson’s CEO Bill Weldon is schedule to testify before Congress today about his company’s handling of recalls of Children’s Tylenol and other drugs. According to The New York Times, Weldon’s prepared testimony for his appearance before the House Committee on Oversight and Government Reform indicates that he will concede that Johnson & Johnson and its McNeil Consumer Healthcare unit mishandled those recalls.

Weldon will also address what some have characterized as a “phantom recall” of Motrin tablets that occurred in 2009. At the time, the company hired a contractor to send out employees posing as buyers for an eight-caplet package sold at 4,000 convenience stores in 40 states.

Contractors who participated in the program were told not to mention the term “recall.”

Contractors who participated in the program were told not to mention the term “recall.” Johnson & Johnson has asserted that the Food & Drug Administration (FDA) knew of and approved of its actions, but the agency disputes that. McNeil finally recalled 88,000 packages of the drug in July 2009.

“Based on what I have learned since the May hearing about the way the Motrin retrieval was handled, including the points that this committee brought to light, it is clear to me that in retrospect, McNeil should have handled things differently. And going forward, if similar situations arise, they will be handled differently,” he says in his testimony.

McNeil has since shut the Fort Washington, PA facility that made some of the recalled drugs to address manufacturing problems cited by an FDA inspection. The plant is expected to stay closed well into next year, and 75 percent of its workforce has been laid off.