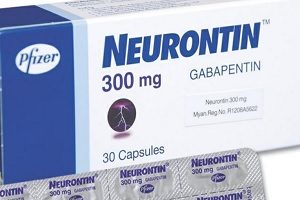 Different Words To Describe Neurontin. Dan Allen was diagnosed three years ago with a mysterious neurological disorder that put him in a wheelchair, suffering from headaches, nausea, dizziness and memory loss.

Among other medications, the former Holy Cross football coach was given Neurontin, an epilepsy treatment widely prescribed for everything from pain relief to insomnia to depression. But Allen’s widow, Laura, 49, uses different words to describe Neurontin:

“It was snake oil,” she said yesterday in an exclusive interview with the Herald.

Allen will appear as a named complainant in a proposed class-action suit against Pfizer Inc., the manufacturer of Neurontin, the Herald has learned.

The suit is expected to be filed Monday in Suffolk Superior Court. Brought on behalf of nearly 1,000 people statewide, the suit alleges that Pfizer broke the “Pfizer basically sold a sugar pill, saying it was good medicine,” said Robert Bonsignore, a local consumer activist and lawyer who will file the suit.

Pfizer spokesman Paul Fitzhenry acknowledged that the company is the target of a number of class-action complaints that mirror parts of a successful whistleblower case brought by the federal government.

Last May, Pfizer paid $240 million in criminal fines as part of a $430 million settlement

Last May, Pfizer paid $240 million in criminal fines as part of a $430 million settlement for illegally promoting so-called “off-label” uses for Neurontin.

“These suits closely track those allegations,” said Fitzhenry. “We do not believe efforts to certify (them) as class-action are supported by the law. They hinge on the doctor-patient relationship.”

The whistleblower case was set off by a onetime medical liaison with Parke-Davis Inc., which was later acquired by Pfizer.

The company was found to have urged its medical liaisons, or salespeople, to provide doctors with misleading and even wrong information about Neurontin. The doctors, in turn, prescribed it for a host of ailments the drug hadn’t been approved to treat.

By law, doctors can prescribe medicines for uses other than those approved by the U.S. Food and Drug Administration. But drug companies can’t promote those uses.

Dan Allen died at age 48 last May from multiple chemical sensitivity, which is thought to have been triggered by hazardous substances used in refinishing a gymnasium floor at Holy Cross.

Laura Allen, the mother of three, ages 11 to 19, sees the tragedy that befell her husband as a series of wrongs she is now trying to put right.

She has sued the contractors who refurbished the Worcester college’s field house. Now Allen is adding her name to the suit against Pfizer. “This is the beginning of a long string of things that need to be investigated,” she said.