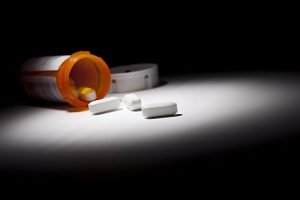 COX-2 Drugs Gastrointestinal Side Effects. New studies challenge the cost-effectiveness of COX-2 drugs compared to traditional non-steroidal anti-inflammatory (NSAIDs), such as ibuprofen and naproxen, in treating arthritis, acute pain and other disorders.

The studies were done by Express Scripts Inc., one of the nation’s largest pharmacy benefit management firms, and presented today at its annual Outcomes Conference.

The studies found that prescription COX-2 drugs such as Celebrex, Vioxx and Bextra were as effective as NSAIDS but much more expensive. Some studies say the extra cost is justified, because the COX-2 drugs reduce the risk of gastrointestinal side effects.

But the Express Scripts’ studies found that 74 percent of COX-2 users had no evidence of being at risk for gastrointestinal side effects. Other findings from the studies include:

Twenty-nine percent of new COX-2 users had a diagnosis for low back pain, a condition not yet listed as an approved indication for COX-2s.

Risk Of Gastrointestinal Side Effects

More than half of the new COX-2 users had less than a 60-day supply over one year of follow-up, suggesting that the COX-2 drugs are not being reserved for those requiring long-term therapy, where the risk of gastrointestinal side effects is of greatest concern.

About half the chronic COX-2 users took aspirin for cardio-protective effects. Half of these users were taking aspirin doses of 325mg./day or higher. That’s more than considered necessary for cardio-protection and a level that negates the gastrointestinal protective effects of COX-2 drugs.
The studies were based on data from a Midwest-based Preferred Provider Organization that included medical and pharmacy claims for new COX-2 users from Jan. 1, 2000, to May 31, 2000.