Home » Drugs That Have Been Subject to Safety Concerns 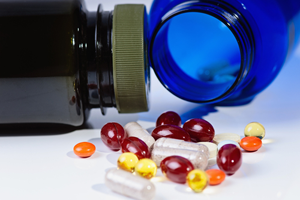 Drugs Have Raised Safety Questions. The national law firm of Parker Waichman LLP notes that the risks associated with a drug or medical product are not always immediately apparent. In many cases, side effects become discovered through post marketing data and studies conducted by independent researchers.

Proton pump inhibitors (PPIs),Propecia and fluoroquinolone antibiotics are examples of medications that have raised safety questions after they have been on the market.

The firm comments that situations where adverse events are discovered later can lead to personal injury lawsuits, and continues to offer free legal consultations to individuals with questions about drug injury claims.

PPIs are a class of medications that include Nexium, Prevacid and Prilosec; they are used to treat heartburn and acid reflux.

The risk increased with higher dosage. Another study, published April in the American Society of Nephrology, had similar findings.

Propecia is a medication used to treat male pattern baldness. Propecia lawsuits have been filed against Merck alleging the drug leads to sexual dysfunction, including loss of libido, erectile dysfunction and infertility. Plaintiffs in the litigation allege that Merck failed to adequately warn users about the risk of sexual dysfunction.

Plaintiffs allege that Merck was aware of the risks, because the drug has carried a warning for permanent sexual dysfunction in Europe for several years, but failed to warn patients or their physicians.

In 2013, the consumer safety group Institute for Safe Medication Practices (ISMP) reported on sexual side effects with Propecia in its QuarterWatch report, stating “Nearly 20 years after approval, evidence is now emerging that the sexual side effects of finasteride may sometimes be irreversible and were most notable in the younger men taking finasteride for male pattern baldness,”

The Journal of Sexual Medicine published two studies linking Propecia to persistent sexual dysfunction, one in 2010 and another 2012. The latter study found that, among men who continued experiencing sexual side effects after taking Propecia, 96 percent continued to experience symptoms one year after stopping the drug.

Fluoroquinolones are a class of antibiotics that include ciprofloxacin

The agency warned that these adverse events can occur soon after taking the antibiotics and side effects may be permanent. Symptoms of peripheral neuropathy may include pain, burning, tingling, numbness, weakness or a change in the sensation to light touch, pain or temperature or sense of body position.

In May, the FDA warned that the risks of fluoroquinolones generally outweighed the benefits in patients with acute sinusitis, acute bronchitis, and uncomplicated urinary tract infections.

Regulators said the antibiotics should only be used if no other treatment options are available because they present a risk of “disabling and potentially permanent serious side effects that can occur together. These side effects can involve the tendons, muscles, joints, nerves, and central nervous system.”

According to the ISMP’s QuarterWatch report issued earlier this year, fluoroquinolones were associated with the greatest number of persistent adverse event reports leading to long-term health problems. Levofloxacin (brand names: Levaquin, Quixin and Iquix) was named in 489 reports (57.2%) and ciprofloxacin (brand names: Cipro, Cetraxal and Proquin) mentioned in 366 reports (42.8%).

The most common persistent adverse events reported were painful joint, muscle and tendon disorders. Among patients who reported side effects, 65 percent described the event as “disabling”. The report is based on complaints submitted to the FDA adverse event database. Parker Waichman has had decades of experience representing clients in personal injury lawsuits regarding drug side effects. Virtually all medications carry some risk of side effects. When a patient visits their physician, a treatment is supposed to be chosen after weighing the risks versus the benefits in that patient.

Plaintiffs who file drug side effect lawsuits are not arguing that drugs should never have side effects; rather, the allegations focus on a lack of warning.

Lawsuits filed over drug injuries generally allege that manufacturers knew, or should have known that a drug carries certain risks but failed to warn patients or the medical community. In some cases, pharmaceutical companies have even been accused of obscuring or hiding important safety data from the FDA to drive profits.

Lawsuits are filed for many reasons. Compensation from a settlement or verdict can alleviate the financial burden of medical bills, lost wages and overall improve the quality of life.

Pursuing litigation also holds manufacturers liable if they have engaged in activities that intentionally put patients at risk. When pharmaceutical companies fail to disclose all the risks associated with a product, patients and their providers are unable to make a fully informed decision.