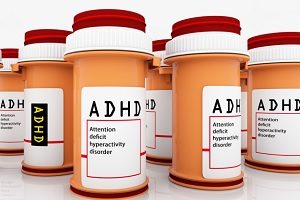 ADHD Stimulant Drugs May Cause Heart Problems. Adderall, Ritalin and other stimulants used to treat Attention Deficit Hyperactivity Disorder (ADHD) could be responsible for sending hundreds of people to the emergency room each year with heart related symptoms, a new study says.

This latest study of ADHD drugs was the first to look at potential heart problems linked to the medications since the Food & Drug Administration (FDA) updated their labels last year to include heart warnings.

ADHD is a condition that becomes apparent in some children in the preschool and early school years. It is hard for these children to control their behavior and/or pay attention. It is estimated that between 3 and 5 percent of children have ADHD, or approximately 2 million children in the United States.  Stimulant medications like Ritalin are known to improve ADHD symptoms, but they come with side effects.

Stimulants, like Adderall and Ritalin, are known to raise blood pressure.   In 2006, the FDA added a “black box” warning to the labels of ADHD drugs warning of cardiovascular risks associated with the medications.

The heart-related problems cited by the new warning included sudden death in patients who have heart problems or heart defects; stroke and heart attack in adults; and increased blood pressure and heart rate.

Until now, no long term studies had been done on the heart risks associated with Ritalin, Adderall and other ADHD stimulants.  Now, new research published in the journal “Pediatrics” suggests that such medications do cause some heart symptoms.

The article details a study that data on 55,383 Florida children ages 3 to 20 years who had ADHD.  About 59 percent were taking a stimulant medication during the study period (1994 to 2004).  Children taking a stimulant to control ADHD symptoms were 20 percent more likely to visit an emergency clinic or doctor’s office with heart-related symptoms, such as a racing heartbeat, than children who had never used or discontinued treatment.

However, rates of death or hospital admission for serious heart conditions were no different than the national rates among the general population.

Despite the apparent good news on serious heart conditions and deaths related to ADHD stimulants, the authors of the “Pediatrics” article asserted that there was a great need for more research on the long-term effects of these drugs.  Given that 3 to 4 million children take stimulant medications like Ritalin to control symptoms of ADHD, they wrote that further studies need to be done to determine the consequences of chronic stimulant use during childhood on heart disease in adulthood.

This is not the first time the safety of ADHD drugs have been called into question. A small study conducted by he University of Texas and the M.D. Anderson Cancer Center found a link between Ritalin and increased risk of cancer.

While this research only involved 12 children, those taking Ritalin all experienced a significant increase in the chromosomal abnormalities associated with an a higher chance of developing cancer. Other known side effects of ADHD stimulants include loss of appetite, abdominal pain, sleep problems and headaches.