Men Are Filling Testosterone Lawsuits. Men who have suffered serious testosterone side effects are filing lawsuits over allegations that the men were not appropriately warned about risks tied to using the drugs, such as a potential tie between testosterone therapy and heart problems.

The personal injury attorneys at Parker Waichman LLP are closely monitoring events in the testosterone litigation and continue to offer free legal consultations to individuals with questions about filing a testosterone lawsuit.

Some 6,600 lawsuits have been consolidated for pretrial proceedings in a multidistrict litigation (MDL) in the United States District Court, Northern District of Illinois. An Amended Case Management Order issued by Judge Matthew F. Kennelly scheduled the first of six bellwether trials to begin on June 5, 2017. The lawsuits only involve AbbVie, the maker of AndroGel. Each of the bellwethers is scheduled to begin around four weeks following the start of the prior trial; the final trial is expected to begin October 23, 2017. The plaintiffs similarly allege that they, or their survivors, suffered injuries that included heart attack, stroke, deep vein thrombosis (DVT), and pulmonary embolism.

Bellwether trials are meant to demonstrate how the cases will proceed and how the courts and juries will respond. Among the first of the bellwethers likely to be heard is a lawsuit filed by a 49-year-old man who alleges suffering a myocardial infarction two months after he began using AndroGel. He had no prior history of heart problems.

Research reveals that men who take testosterone drugs are at increased risk of stroke and heart attack. Androgel 1% and Testim 1% now include a boxed warning on the products’ labels. Other so-called “Low Testosterone” or “Low-T” brands include Androderm, Axirom, Bio-T-Gel, Delatestryl, Depo-Testosterone, Fortesta, Striant, Testim and Testope.

According to the Mayo Clinic, testosterone is the main anabolic steroid hormone produced by the body and it has two key effects on the body. Anabolic effects promote muscle building, while androgenic effects are responsible for male traits: Facial hair, deepening of the voice. Anabolic androgenic steroids (AAS) are included in Schedule III of the Controlled Substances Act and the U.S. Food and Drug Administration (FDA) notes that these drugs put individuals at risk for abuse and that AAS users tend to take the drugs at higher-than-prescribed dosages. Serious adverse events associated with AAS abuse include heart attack, heart failure, liver toxicity, male infertility, and hostility.

In 2016, the FDA announced its approval of new labeling changes to the “Warning” and “Abuse and Dependence” sections for the labeling on prescription testosterone products. The new warnings advised physicians about the potential for abuse of testosterone-boosting drugs for men, especially those drugs related to heart and mental health. Prescribers were also advised of the importance of following up with patients if they suspect a patient is abusing the drugs. The agency indicated that testosterone drug makers must clarify that their drugs are only approved to treat low testosterone levels caused by disease or injury and not the normal aging process and to add information to the labels concerning the potential risk. Drug makers were directed to conduct a long-term study of the issue.

Available evidence from research and expert information from an FDA Advisory Committee led the FDA to conclude that there is a potential increased cardiovascular risk is tied to testosterone use.

Testosterone makers, including AbbVie and Elli Lilly, used the vagueness of the drugs’ labeling to promote the testosterone products to millions of men, presumably healthy, who suffer only from lowering levels of testosterone considered normal with aging.

The FDA advises patients using testosterone to seek immediate medical attention should they experience symptoms of a heart attack or stroke: Chest pain, shortness of breath, trouble breathing, weakness in one part or side of the body, or slurred speech. Also, testosterone abuse, which typically occurs at doses that are higher than what is typically prescribed and are used along with other AAS drugs are associated with significant safety risks to the heart, brain, liver, mental health, and the endocrine system and have led to heart attack, heart failure, stroke, depression, hostile behavior and aggression, liver toxicity, and male infertility. Withdrawal symptoms include depression, fatigue, irritability, appetite loss, decreased libido, and insomnia. 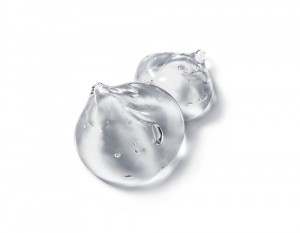 A number of studies have linked testosterone drugs to serious medical risks. In 2014, the Endocrine Society’s Journal of Clinical Endocrinology & Metabolism published a study that found that men with low testosterone and Type 2 diabetes are at greater risk for developing atherosclerosis, a condition in which plaque builds up in the arteries. The study recommended testosterone treatment be reserved for men with clinical symptoms of hypogonadism and consistently low levels of testosterone; the Society called for large-scale, well-controlled trials to assess long-term cardiovascular risks tied to testosterone therapy.

A 2014 study published by the Public Library of Science (PLoS One) in collaboration with the University of Florida and the National Cancer Institute, revealed a tie between testosterone therapy and cardiovascular disease and reported that increased risk of heart attack among young men with prior heart disease is a “particular public health concern.”

The Journal of the American Medical Association (JAMA) wrote about cardiovascular risk with testosterone therapy in 2013. Researchers found that cautious testosterone prescribing and additional investigation were warranted. Another JAMA study found that risks outweigh benefits when treating low testosterone and men taking testosterone were 30 percent likelier to suffer a heart attack or stroke, or to die, during a three-year period.

In 2009, researchers stopped a trial involving some 200 older men who were described as frail and who had a high percentage of heart disease due to the increased level of heart attacks among those men taking testosterone. The clinical trial was funded by the National Institutes of Health (NIH). According to a 2013 The Wall Street Journal report, another study sponsored by the NIH reviewed testosterone effects on walking ability, fatigue, sexual function, verbal memory, hemoglobin, and plaque buildup.