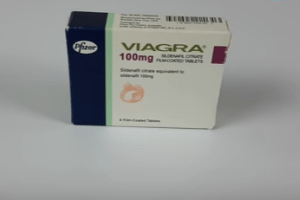 Viagra Side Effects May Lead To Hearing Loss. Lawsuits are being filed over an array of significant, life-altering side effects associated with the use of the drug Viagra (sildenafil citrate), commonly prescribed for male erectile dysfunction (ED). These serious side effects include hearing loss, vision loss, and melanoma.

Our firm is investigating potential lawsuits on behalf of individuals who have been injured, or died, due to alleged Viagra side effects.

Viagra, which is manufactured by Pfizer Inc., is a phosphodiesterase (PDE) 5A inhibitor (PDE5A). The medicatins in this class of drugs are usually prescribed to treat ED. Viagra received U.S. Food and Drug Administration (FDA) approval in 1998 and was initially under development as a treatment for high blood pressure and angina (chest pain associated with coronary heart disease). Viagra was discovered to impede the release of the enzyme PDE5, which typically degrades cGMP.

When PDE5 activity is blocked and cGMP levels increase, erection is possible in men diagnosed with ED. Research published in 2011, 2012, and 2014 all discovered that blocking the enzyme may prompt the formation of melanoma cells as increased levels o cGMP may lead to cell mutation and may promote the growth of cancerous cells.

Other Viagra Side Effects

Viagra is also known to cause heartburn, nausea, and headaches. Also, men diagnosed with angina or very high blood pressure should not take Viagra.

Other Viagra side effects include reports of sudden hearing loss and nonarteritic ischemic optic neuropathy (NAION), a type of eye disorder that may lead to permanent vision loss. Viagra has also long been associated with short-term color changes in vision that cause objects to appear green or blue.

In October 2007, the Viagra label was modified to include warnings about sudden hearing loss associated with the drug. The FDA requested the changes after it had received 29 reports of patients who experienced sudden hearing loss within hours to two days of taking Viagra.

Many men who take Viagra are older, and it is not unusual for this patient population to experience some hearing loss. But that hearing loss is almost always a gradual process, and sudden loss of hearing is rare. According to the FDA, the sudden hearing loss associated with Viagra was often accompanied by tinnitus (ringing in the ears) and dizziness. All of the reports involved the loss of hearing in one ear, and in one-third of the cases, the hearing loss was temporary. During Viagra’s pre-approval testing, some cases of hearing loss were reported. For that reason, there was a one-word mention of “deafness” as a potential side effect on the previous Viagra label. In contrast, the new warning on sudden hearing loss is included in both the “Precautions” and “Adverse Reactions” sections of the label.

In the Precautions” area, the label now advises physicians to warn patients that sudden hearing loss is a possible side effect of Viagra. The Viagra label also indicates that patients should stop taking Viagra and seek immediate medical attention if they experience a sudden loss or decrease in hearing, or dizziness. In the “Adverse Reactions” section, the label now warns of the potential risk for sudden decrease or loss of hearing”.

In a prior study, U.S. researchers described seven patients who developed nonarteritic ischemic optic neuropathy (NAION), an eye ailment that may result in permanent vision loss, after taking Viagra for erection difficulties. Combined with past reports, this study brought the total number of sildenafil-related NAION cases to 14.

“For years, we’ve known that a number of men who take Viagra will experience short-term color changes in their vision and see things as green or blue,” study co-author, Dr. Howard D. Pomeranz, from the University of Minnesota in Minneapolis, said in a statement. With the exception of one patient whose symptoms began 24 to 36 hours after using Viagra, the patients developed symptoms within 24 hours of use.

In all patients, the initial symptoms were blurred vision and some degree of vision loss. In one patient, both eyes were affected, whereas in the remainder, just one was involved. Three patients had preexisting eye problems that may have increased their risk of NAION.

Pfizer Inc., the world’s largest drug maker, indicated that U.S. regulators may require a label warning that the Viagra impotence drug has been linked to reports of blindness and vision loss in at least one in a million users. The FDA has 38 reports of the blindness among users of Viagra. Pfizer has been in discussions with the FDA about adding a disclosure to Viagra’s label to indicate that, in rare cases, men taking Viagra had developed blindness.

Studies have also revealed that men who take Viagra are at higher risk for developing melanoma, the most serious form of skin cancer. A prior Law360 report indicated that a California man filed a lawsuit against Pfizer in California federal court. That lawsuit allegations included that Pfizer failed to warn consumers about studies connecting Viagra to increased melanoma risk.

The man alleges that he would never have taken Viagra if he had been aware of the connection. Although the drug worked to treat his ED, he alleged that the melanoma risk far outweighs the benefits.

Also according to the lawsuit, the plaintiff indicated that he took Viagra for five years before his doctor noticed a large mark on his shoulder. After two biopsies, he was diagnosed with melanoma. He took the drug for at least two more years before becoming aware of the studies linking Viagra and melanoma that were published in the Journal of the American Medical Association and other publications.

According to the lawsuit, despite “significant findings, Pfizer has made no efforts in its ubiquitous Viagra advertisements to warn users about the potential risk of developing melanoma that has been scientifically linked to its drug.” A total of 13 similar cases had been filed and an additional two-dozen other lawsuits were pending across the country, as of October 2015, according to Law360.

As a result of the melanoma, the plaintiff alleged that, he endured numerous surgeries and associated medical costs, and he expected to have more melanoma-related bills in the future. The lawsuit sought unspecified damages and injunctive relief and indicated that no individual who is prescribed Viagra “would believe or be expected to know that his use of Viagra would expose him to an increased risk of developing melanoma or exacerbating the growth of melanocytes [skin cancer cells] already present in his body.”

Need Legal Help Regarding For Victims Affected By Viagra

If you or someone you know took Viagra and suffered NAION, vision loss, skin cancer, or other side effects, please fill out the form at the right for a free case evaluation by a qualified drug side effects attorney or call us anytime at 1-800-YOURLAWYER (1-800-968-7529).