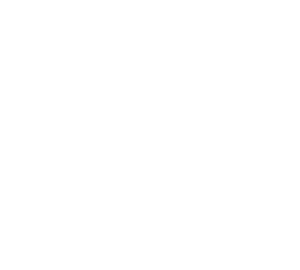 Allergan’s Viberzi Increase Risk Of Pancreatitis. After the death of two patients, both without a gallbladder, who had been taking Allergan’s irritable bowel drug Viberzi, the U.S. Food and Drug Administration (FDA) warned about the increased risk of severe pancreatitis in such patients.

The FDA is warning in a Drug Safety Communication that Viberzi (eluxadoline), a medicine used to treat irritable bowel syndrome with diarrhea (IBS-D), should not be used in patients who do not have a gallbladder. The gallbladder is an organ that stores bile, one of the body’s digestive juices that helps in the digestion of fat.

An FDA review discovered these patients have an increased risk of developing serious pancreatitis that may result in hospitalization or death. This has been a setback for the Dublin drug manufacturer, reports FiercePharma.

Parker Waichman LLP is a national personal injury law firm with extensive experience and success in representing clients. Our attorneys are actively reviewing potential Viberzi lawsuits on behalf of individuals who have been injured.

Pancreatitis is swelling and inflammation of the pancreas. The pancreas is located behind the stomach and is close to the duodenum, the first part of the small intestine. It secretes enzymes that help to digest food and regulate how the body breaks down sugars.

Normally, digestive enzymes secreted by the pancreas do not become active until they reach the small intestine. But when the pancreas is inflamed, the enzymes inside it attack and damage the tissues that produce them.

Symptoms of pancreatitis may include: pain that wraps around the upper body and involves the back, indigestion, nausea or vomiting, abdominal tenderness, unintentional weight loss, bloating with a distended (swollen) stomach, and hiccups.

According to the National Institute of Diabetes and Digestive and Kidney Diseases, more than 210,000 American are admitted to the hospital for acute pancreatitis every year. Pancreatitis may be caused by spasm of the sphincter of Oddi, a muscular valve in the small intestine that controls the flow of digestive juices to the gut, the FDA reports.

Alternatives to Viberzi for Patients without a Gallbladder 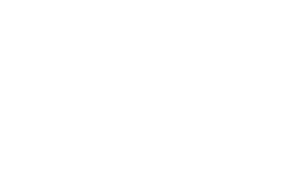 IBS-D affects the large intestine and causes cramping, stomach or abdominal pain, bloating, gas, and diarrhea. Eluxadoline works by reducing bowel contraction, which leads to less diarrhea, and for some patients can help ease stomach-area or abdomen pain and improve stool consistency. Taking other diarrhea medicines while taking Viberzi may cause severe constipation, according to the FDA.

From May 2015 when eluxadoline was initially approved, through February 2017, the FDA received 120 reports of serious cases of pancreatitis or death. Among the 68 patients who reported their gallbladder status, 56 of them did not have a gallbladder and received the currently recommended dosage of eluxadoline. Seventy-six patients were hospitalized and two of them died. These two patients did not have a gallbladder. Some cases of serious pancreatitis or death also involved sphincter of Oddi spasm or abdominal pain, according to the FDA.

“One death was associated with pancreatitis and one death was associated with sphincter of Oddi spasm. The case of death from pancreatitis was characterized by acute, severe abdominal pain, nausea, and vomiting within 60 minutes of taking a single dose of Viberzi. The case of death associated with sphincter of Oddi spasm reported severe abdominal pain and vomiting shortly after taking the first dose of Viberzi. Both patients were hospitalized for treatment. Notably, the patient who experienced pancreatitis died within three days of taking the initial Viberzi dose,” said the FDA.

The FDA advises before starting treatment with Viberzi, patients should tell their health care professional if they: have no gallbladder; have or may have had a blockage in the gallbladder or a sphincter of Oddi problem; have had inflammation of the pancreas; have serious liver problems; have a history of chronic constipation; have or may have had a bowel blockage; have a habit of drinking more than three alcoholic beverages a day.