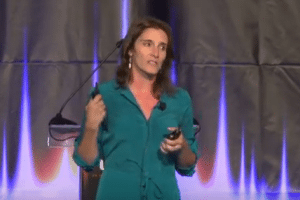 Mr. Anstice described for jurors how Merck battled with the FDA for two years over the wording of the Vioxx label.

Merck had to deal with a 2000-patient study that showed Vioxx users suffered five times as many heart attacks as those taking an older pain-relief alternative, naproxen.  The FDA wanted a notification about Vioxx’s cardiac risks placed in the “warning” section of the Vioxx label.

Fearing that information about the cardiac risks would hurt the painkiller’s sales, Merck tried to keep the information out of the “warnings’ section of the package insert, preferring that it go in the “precautions” and “clinical studies” sections.  Mr. Anstice stated that Merck predicted a $500 million dollar loss in sales if the cardiac information ended up in the “warnings” section.

Anstice also testified that Merck’s sales reps were not allowed to talk to physicians about any risks that were not included on the Vioxx label.

The New Jersey lawsuit was brought by Frederick “Mike” Humeston, a postal worker who began taking Vioxx during the label battle.  He suffered a heart attack two months after he began taking Vioxx.  Merck says the painkiller was not to blame.

The plaintiff’s attorneys are expected to wrap up their side this week, after which Merck will present their witnesses.  The trial is expected to end next month.