Home » Zantac Still Being Sold in US 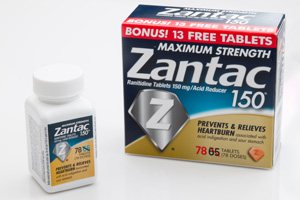 Zantac still being sold in U.S.

USA- dailymail.co.uk writes that while other countries are removing Zantac from their drug stores, the heartburn medication can still be found in pharmacies in the United States. In Europe, four prescription varieties of the drug were subject to recalls. The generic variety, as well as the brand name versions of the drug, were found to contain the cancer-causing chemical NDMA.

Reports indicate that the drug has unacceptable levels of the dangerous contaminant, and yet the FDA has not issued a recall of the product. Several stores, including CVS, Walmart, and Rite Aid, have all issued recalls on their own in response to the findings.

Some experts have reported that there are alternative forms of medications that work just as well, if not better than Zantac, and that have not tested positive for the cancer-linked contaminant.

NDMA has been linked to cancer of the kidney, gastric system, and colon in animal studies. The company that sells Zantac in the United States is Sanofi. Sanofi has chosen to continue to sell the product regardless of the contaminant.

While Zantac has now been linked to cancer risks, some patients are left wondering whether the risk of the medication is as high as the risks of untreated heartburn. Acid reflux can lead to esophageal cancer if it is not effectively managed. There are plenty of alternative treatments that can help patients keep their heartburn in check without exposure to potential disease-causing side-effects. In addition to numerous medications, patients have the option of making lifestyle changes, such as dietary changes, wearing loose-fitting clothing, and not eating before bed, which can help manage their symptoms. Over the counter treatments such as Tums can also help reduce the symptoms if acid reflux flares up only occasionally.