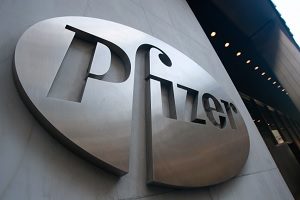 Pfizer Zoloft Antidepressant Caused Birth Defects. A group of parents has filed suit in Illinois State Court claiming that Pfizer Inc.’s Zoloft antidepressant caused birth defects in their children. All of the mothers named as plaintiffs in the Zoloft lawsuit claim they only took the drug during their pregnancies because of Pfizer’s assurances that Zoloft was safe.

“Pfizer’s sales force blitzed doctor’s offices with literature and verbal presentations designed to convince doctors and consumers that Zoloft was a superior drug for treatment of, among other things, depression during pregnancy,” the suit states. “Pfizer aggressively promoted Zoloft as an improvement over other antidepressant drugs on the ground that Zoloft was less likely to cause side effects if taken during pregnancy.”

Zoloft belongs to a class of antidepressants known as selective serotonin inhibitors, or SSRIs. Other SSRIs include Prozac, Paxil, Celexa, Lexapro and others. In 2006, the U.S. Food & Drug Administration (FDA) asked the manufacturers of several SSRI antidepressants to add information to their labels describing the potential risk of persistent pulmonary hypertension of the newborn (PPHN) after a study in the New England Journal of Medicine (NEJM) found a six-fold increased risk of the disorder among infants born to mothers who took an antidepressant in the last trimester of pregnancy.