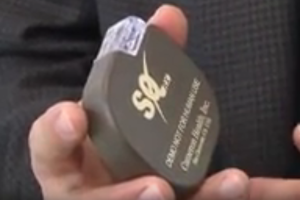 Test Guidelines For a New Defibrillator. Dr. Robert Hauser of the Minneapolis Heart Institute Foundation has said in today’s New England Journal of Medicine that he is not confident in the test guidelines for a next-generation heart defibrillator under development by Medtronic, Inc., Boston Scientific Corporation, and St. Jude Medical, Inc., reports the StarTribune.com.

Implantable cardioverter defibrillators—or ICDs—the device under question, represent a $5 million dollar market, with over 160,000 such devices implanted each year in the U.S., said the StarTribune.com, which explained that the devices are about the size of a stopwatch and work to stop sudden cardiac arrest by shocking the heart back into rhythm. One ICD device runs about $30,000 said TwinCities.com.

Questions if the defibrillator will be adequately tested for safety

The prominent Minneapolis cardiologist questions if the defibrillator will be adequately tested for safety before it is launched in the United States, says the StarTribune.com, which noted that Hauser explained that the new technology could pose deadly risks to patients if it is not scrupulously and thoroughly tested prior to gaining approval.

The StarTribune.com, quoted Hauser in the article he wrote in collaboration with the Minneapolis Heart Institute Foundation’s Dr. Adrian Almquist, “The consequences for the patient could be catastrophic.”

Hauser is considered somewhat of an industry expert and is a well-known cardiologist in Minneapolis, where the three device makers have a considerable presence, says TwinCities.com.

Hauser is asking the three device makers to conduct thorough testing before implementing any changes to implantable cardiac defibrillators, reports TwinCities.com, which also noted that Hauser warned that if the companies do not conduct such testing, there could be “lethal” consequences for patients.

Hauser is best known for his involvement in the Guidant defibrillator recall in 2005 in which he and colleague Dr. Barry Maron exposed safety concerns about a Guidant Corporation (now, under Boston Scientific) defibrillator after one of their patient’s died following implantation with the Guidant device, reported the StarTribune.com.

That revelation was followed by a recall involving thousands of defibrillators and pacemakers, and prompted increased review into how “medical device malfunctions are tracked and monitored by the Food and Drug Administration (FDA),” noted the StarTribune.com.

new ICD technology, called a “four-pole connector,” will be launched without going through human testing

While some argue that testing will occur, Hauser explains that, in a collaboration between the FDA and the three device makers, the new ICD technology, called a “four-pole connector,” will be launched without going through human testing, said TwinCities.com.

It seems, notes TwinCities.com, that the emerging technology is only planned for testing in a lab environment and in animals, according to Hauser.

Hauser blames the beleaguered defibrillator market for the push by manufacturers to offer new technology, but argues that, “There is no medically necessary reason for rapidly deploying the four-pole connector.  Current connector systems have been in use for more than a decade, and are performing reliably,” according to TwinCities.com.

While Hauser pointed out that the new technology might prove tempting to the medical community and cardiac patients, he strongly stresses that the technology be tested in humans, pointing out that, “Short-circuiting in an ICD connector can be lethal,” reported TwinCities.com.