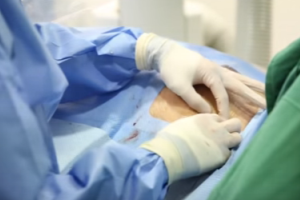 Implanted Heart Device Can Malfunction. Implantable defibrillators, which can deliver a life-saving shock to people with damaged hearts, have had a roller-coaster record of reliability, as the rate of malfunctions fell in the early years, rose in the late 1990s and recently declined again.

Compared with pacemakers, which are simpler and serve a different purpose, implantable defibrillators are five to 20 times more likely to malfunction and need replacement.

At the same time, people who learn that the device implanted in their chest may have a defect should think hard before having it replaced. Switching it out may be more risky than leaving it in.

Those are among the conclusions of three studies being published today in the Journal of the American Medical Association that shed light on the hazards of implantable cardioverter-defibrillators (ICDs), perhaps the hottest medical device of the past decade.

The number of ICDs implanted in Americans has more than tripled from about 54,000 in 1999 to 168,000 last year. Sales are increasing 15 to 18 percent a year and are expected to continue rising as the population ages and the number of medical conditions shown to benefit from ICD use grows.

An ICD is sometimes likened to having a miniature ambulance crew inside the chest. The device can detect an abnormal heart rhythm, determine whether it can be “converted” to a normal rhythm with a shock and then deliver the jolt if the answer is yes, and it keeps a record of what it has done.

The implantation procedure costs about $10,000 in physician

The devices cost about $20,000. The implantation procedure costs about $10,000 in physician and hospital charges.

The wires that deliver the life-saving shocks are snaked into the heart through a vein and then attached to an electronic box, smaller than a pack of cards, placed under the skin of the upper chest. The procedure requires no open-heart surgery and usually is done by a cardiologist.

The new studies did not address the value of ICDs. Everyone involved agreed the devices constitute a big advance in therapy that has saved the lives of tens of thousands of people who otherwise might have died while waiting for a handheld defibrillator to arrive.

Pacemakers are used primarily to speed up the heartbeat. They deliver short, low-power pulses, not shocks, are less complicated than ICDs and have been in use longer.

Two of the studies were headed by William Maisel

Two of the studies were headed by William Maisel, a cardiologist at Beth Israel Deaconess Medical Center in Boston. After a study he did suggested that malfunction rates for ICDs were rising, the Food and Drug Administration, which licenses the devices, asked him to study the issue further.

Maisel and his collaborators examined device-makers’ reports of ICD and pacemaker malfunctions for the years 1990 through 2002. They calculated the number of ICDs and pacemakers that malfunctioned and were replaced per 1,000 of the devices implanted each year. (This does not represent an individual’s chances of getting a defective device.)

Study of three registries of ICD and pacemaker implantations

A study of three registries of ICD and pacemaker implantations — in North America, Denmark and Britain found the same trend but extended it longer and found a marked decline in malfunctions from 2002 through 2004.

A trade organization for device-makers, the Advanced Medical Technology Association, said its records show the malfunction rate for ICDs last year was about 1 per 1,000 implanted — and that about half the problems would simply delay a shock by several seconds.

In the third study, Andrew Krahn, a cardiologist at the University of Western Ontario, examined the rate of complications in people who were told their ICD might have a chance of failing.

In 17 Canadian hospitals over a one-year period, 2,915 patients received such a notice, and 533 (18 percent) decided to get the devices replaced. Of them, 31 (6 percent) had complications and two died. During that year, only three malfunctions occurred in the devices for which “advisories” had been issued. None of those resulted in death or serious illness.