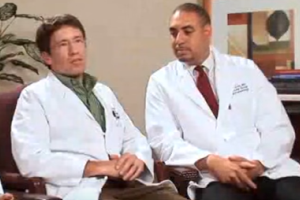 According to a New York Times report this week, Medtronic Inc. has released the results of a new study it conducted on the material St. Jude uses as an allegedly new and improved insulated coating that protects the conductive end of the delicate medical devices, the leads that connect an implanted cardiac defibrillator to a patient’s heart. Leads are designed to send shocks from the defibrillator to the heart. These shocks could trigger the heart to beat or could be used to regulate a person’s heart rhythm.

St. Jude has faced trouble in the recent past with an older model of defibrillator lead, the Riata and Riata ST leads, which the company recalled amid reports that it was responsible for more than two dozen deaths and hundreds more serious injuries.

Further, thousands of people still rely on these devices and until it could guarantee the safety of the Riata line of leads, St. Jude recalled them but soon released a new model of defibrillator lead, the Durata, and said it was better because a new coating on the conductive ends of the leads were not prone to the defect that led to the Riata’s recall.

St. Jude has acted strangely in responding to allegations that it hid data that showed the coating on the Riata was prone to “inside-out abrasion”

St. Jude has acted strangely in responding to allegations that it hid data that showed the coating on the Riata was prone to “inside-out abrasion” and that was leading to the conductive ends breaking free of that so-called protective casing and cause serious internal injuries and device failures.

The defective leads were also prone to deliver shocks when they weren’t necessary or to not deliver potentially life-saving shocks. The company denied these defects initially but finally admitted errors and released a new model, the Durata with a new coating on the ends, known as Optim.

During its initial months on the market, Durata has not been the source of widespread problems like Riata but as time passes, more data is emerging that Durata may not be as good as the company claims. The Times reports that Medtronic was also trying to get a similar device approved but failed in that effort because the device had failed during pre-market tests.

released results of an inspection conducted at St. Jude

At the same time, the Food and Drug Administration has released results of an inspection conducted at St. Jude that shows the company is violating several federal laws regarding the testing and record-keeping standards required of medical device makers. The agency has threatened to take action against St. Jude following the subpar inspection.

The company is already facing mounting legal pressure and its stock share price dropped significantly last week, 12 percent in one day, on news of the inspection report and Medtronic’s findings on its new lead wire insulated coating.