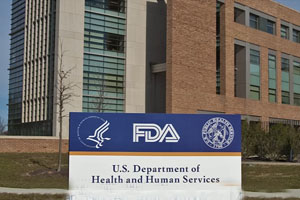 If approved by Congress, this would be a 5.7% increase from the current budget. Unfortunately, that increase will barely cover scheduled pay raises and inflation, leaving the FDA with few new resources.

The FDA, which regulates $1.5 trillion of goods, has faced intense scrutiny in the past 18 months following an unusually high number of recalls, including E. coli-contaminated spinach grown in California, salmonella-tainted U.S.-made peanut butter, and contaminated pet-food ingredients imported from China that led to the largest-ever pet-food recall.

Advisory Panel To FDA Issued Review Of The FDA

Last year, an advisory panel to the FDA issued a scathing review of the FDA and echoed ongoing concerns from groups such as the Institute of Medicine; the Government Accountability Office, the investigative arm of Congress; and Congressional committees.

The report revealed the agency is so under-funded and –staffed, it’s putting US consumers at risk. The report went on to detail a wide variety of problems faced by the FDA such as inadequate inspections of manufacturers, depleted staff, increased responsibilities, and an obsolete information technology (IT) system.

“At least there’s not a substantial cut, but the agency won’t be able to do much with food or drug safety,” says William Hubbard, a former FDA associate commissioner who joined other former FDA officials in urging the agency’s budget be doubled over five years.

The FDA says it plans to work with the industry to improve food safety, do more domestic and foreign food-plant inspections and open an office in China, the source of numerous food-safety problems last year.

Congress will bolster the FDA’s budget

Hubbard says there’s a chance that Congress, which has held numerous hearings on food safety in the past year, will bolster the FDA’s budget beyond what Bush has proposed, as it did with the fiscal 2008 budget.