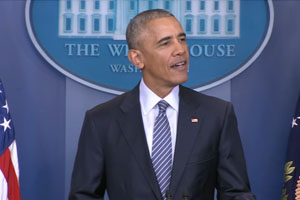 The FDA, which ensures drugs, medical devices and products, some human and animal food products, cosmetics, and other consumer goods are safe to Americans, has failed, putting untold citizens at risk in a variety of areas.

The agency has long been criticized for all manner of problems, including that it did not have a permanent commissioner for the majority of former President Bush’s eight-year term, said Reuters.

Reuters also noted that under the former administration, the agency was accused of letting politics minimize science and that it was during this time that some of the most notorious drug safety and food borne illness outbreaks originated.

For instance, the massive Salmonella outbreak last year that sickened hundreds nationwide and was ultimately linked to Mexican peppers; the enormous Peanut Corporation of America Salmonella scandal in which thousands of products, hundreds of illnesses, and at least nine deaths have been linked; and the deadly Heparin tainting that sickened scores and was linked to numerous fatalities, to name just a few.

There have also been countless drug and medical device recalls, issues with toxic ingredients in consumer products, controversies over physician and researcher gifting by industry, inappropriate marketing of medical devices and medications, and a system rife with corruption.

When Barack Obama’s transition team was readying for office, some FDA scientists wrote begging for help, outlining a number of problems with an agency they described as “fundamentally broken,” according to an earlier Wall Street Journal (WSJ) report.

The group asked for restructuring and noted that, in addition to other ethical fiascos, FDA managers “ordered, intimidated, and coerced scientists to manipulate data in violation of the law,” the WSJ then said.

The letter said that, “There is an atmosphere at FDA in which the honest employee fears the dishonest employee,” the WSJ quoted, and noted that the letter gave specifics on details such as how scientists who differed in opinion from management were threatened with disciplinary action.

“There are few jobs in the federal government that are as tough or important as FDA commissioner,” said Jean Halloran, Director of Food Policy Initiatives at Consumers Union. “Dr. Hamburg’s nomination would mean that FDA would have the leadership it needs at a time when it faces huge challenges,” quoted Reuters.

Bloomberg reported that both Hamburg and Sharfstein, 39, are physicians with a history of protecting public safety; Hamburg is a bioterrorism expert with “experience in neuroscience, drug research, and public health,” and served as New York City’s health commissioner from 1991-1997, among other noteworthy accomplishments, it noted.

Sharfstein petitioned the FDA in 2007 to ban marketing of over-the-counter cough and cold medications to young children over risky side effects and no proven benefits, has been a critic of industry gifting to the medical community, and worked as an investigator for Representative Henry Waxman (Democrat-California), chairman of the House Energy and Commerce Committee, to name a few.