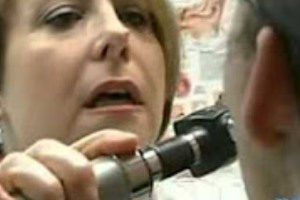 Recall of 93,000 ASR Hip Device Implants Was Implemented. The president of Johnson & Johnson’s DePuy Orthopedic unit testified at a Chicago trial that the company’s 2010 global recall of 93,000 hip implants was implemented because the devices weren’t meeting “clinical expectations.”

Andrew Ekdahl’s testimony came on the third day of an Illinois state court trial, Bloomberg News reports. “The revision rate was not acceptable,” Ekdahl testified, and this was the reason for the recall. But Ekdahl was challenged on this reason.  He was asked about a DePuy document signed by company officials days before the recall.

The document, from the Health Hazard/Risk Evaluation Review Board, listed three possible explanations for the device recall. DePuy checked Class A for “defective product that would affect product performance and/or could cause health problems.”

In his opening statement on March 13, J&J attorney, Richard Sarver, said the device was not defective.

The plaintiff in this case, Carol Strum, a 54-year-old nurse, claims her DePuy ASR XL hip was defective

Strum’s lawsuit is the second of nearly 11,000 ASR lawsuits to go to trial. Last week, at the conclusion of the first trial, a Los Angeles jury found that the DePuy ASR was defective and awarded $8.3 million to the Montana man who brought that.

In his opening statement, Strum’s attorney told jurors that, because of design flaws, the ASR hip implant shed chromium and cobalt debris into surrounding tissue, Bloomberg News reports. “Before Carol Strum ever had the ASR put into her body,

DePuy knew that the design flaws in this defective device could cause it to shed those particles into patients, causing tissue death, causing high blood metal ion levels and the need for the serious and unnecessary second surgery.”