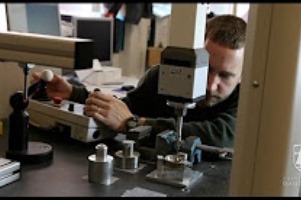 That may not have been the best direction for those complaints but Thomas Schmalzried said he wasn’t aware that DePuy, which had been paying him royalties on every ASR hip implant sold, had a complaint and vigilance department. According to a Bloomberg report, Schmalzried took the stand as a defense witness in the first of more than 10,000 potential trials brought forward by victims of the defective and recalled ASR metal-on-metal hip implant.

When asked why he contacted the marketing department at DePuy instead of the proper people in charge of handling complaints he heard from surgeons regarding early failures and complications among recipients of the ASR metal-on-metal hip implant, Schmalzried said he didn’t know the company had such a department. On cross-examination, according to the report, the surgeon and paid consultant said of DePuy: “They don’t have a vigilance department.”

Schmalzried has benefited handsomely because of sales of the ASR hip implant before it was recalled in August 2010 amid reports of an extraordinarily high early failure rate. The California-based surgeon was involved in the design of the metal-on-metal hip implant and pocketed at least $3.6 million in royalties from its sale around the world. In total, Schmalzried has received $20 million in royalties payments from the company for other work he’s conducted for them.

In addition to designing the implant, Schmalzried also implanted it in his patients. Prior to 2007, he told jurors, he fitted 39 patients with the DePuy ASR metal-on-metal hip implant without incident.

He stressed to jurors that the angular placement of the device is key to reducing the risk of early failures, mostly caused by the toxic accumulation of metal debris by the all-metal components rubbing together through normal use. After 2007, a total of 66 of his patients had been given the device and at least 15 have been replaced because of early failure. That’s a 23 percent rate and Schmalzried said in testimony that he expected that rate to increase.

DePuy likely called Schmalzried to the stand as a witness as it attempts to prove that it did not hide evidence that the ASR metal-on-metal hip implant was dangerous and prone to early failures. The company still maintains that the reported early failures are not what prompted the recall several years ago but blames the move on sluggish clinical performance seen from this particular implant.

Previous witnesses have punched gaping holes in that defense as Loren Kransky, a retired Montana prison guard, seeks compensation for the injuries he suffered as a result of the defective hip implant. He is the first of more than 10,000 people to file a lawsuit against the company regarding the ASR metal-on-metal hip implant, blaming the device’s defective design for causing him to suffer severe pain, inflammation, and metal poisoning.

Testimony delivered in this trial, which has been ongoing for nearly a month, has shown that current and former executives were made well aware of the problems caused by the ASR hip implant – despite Schmalzried’s misdirected complaint reports – but failed to act to recall it from the market.

DePuy sold more than 92,000 ASR hip implants since its introduction to the global market in 2003 and domestically in 2005.