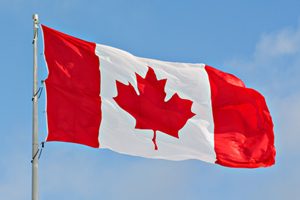 According to an Aug. 24, 2016 announcement posted on Health Canada’s website, the Stryker LFIT CoCr V40 Head and the CoCr, LFIT Femoral Heads are being recalled due to a high rate of device failure. The notification states that “Stryker has received higher than expected complaints of taper lock failure for specific lots of certain sizes of LFIT Anatomic COCR V40TM Femoral Heads manufactured prior to 2011.” So far, a similar recall has not yet been issued in the United States.

The taper lock is the hip implant component that joins the femoral head (replaces the top of the thighbone) with the femoral neck.

A warning was also issued in Australia, according to a Sept. 27, 2016 notification on the Therapeutic Goods Administration of the Australian Government Department of Health website. The “hazard alert” warned that the Stryker LFIT CoCR V40 femoral heads were subject to taper lock failure, which could lead to various complications. The Australian regulatory agency said “that some LFIT Anatomic CoCr V40 femoral heads manufactured before 2011 have a higher than expected incidence of taper lock failures. The taper lock is the part of the implant that connects the femoral head to the femoral neck.” According to the notification, taper lock failure can produce the following symptoms:

Orthopedic surgeons in Australia were informed of the possible taper lock failure, which can lead to adverse events such as dissociation of the femoral head from the hip stem, fractured hip stem trunnion, increased metallic debris, insufficient range of movement, insufficient soft tissue tension, noise from the implant, loss of implant, bone fixation strength, increased wear debris and implant construct with a shortened neck length.

Stryker Recalls Rejuvenate and ABG II Due to “Fretting and Corrosion” 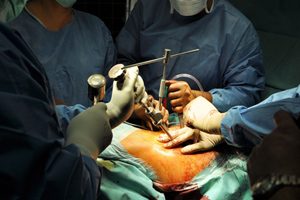 Parker Waichman notes that metal-on-metal hip implants have been subject to recalls and litigation for several years. In June 2012, Stryker recalled its metal-on-metal Rejuvenate and ABG II modular-neck hip stems due to a risk of “fretting and corrosion” at the modular-neck junction. The recalled hip devices can cause adverse location tissue reaction (ALTR), pain and swelling at or around the hip joint if fretting and corrosion occurs, Stryker said. The company recommended that, regardless of whether patients were exhibiting symptoms of failure, surgeons should consider a clinical examination. Since the fretting can release metal ions into the blood stream, Stryker also said physicians may want to consider diagnostic techniques such as blood work and cross section imaging.

The recall sparked many Stryker hip replacement lawsuits, with plaintiffs alleging injuries from the Rejuvenate and ABG II metal-on-metal hip implants. Lawsuits alleged the need for an early revision surgery, ALTR, pain, swelling and other injuries. Stryker was accused of failing to warn patients and medical community about the risks.

A Stryker hip implant settlement was reached in November 2014. The company agreed to pay $1.4 billion to resolve Rejuvenate and ABG II lawsuits filed on behalf of patients who underwent revision surgery.

Total metal-on-metal hip replacements consist of an acetabular cup, which replaces the hip socket, and a femoral component that replaces the top of the thighbone, or femur. The femoral component is usually made of a spherical head that sits on top of a femoral stem; this is inserted into the top of the femur. These components are designed to interact with one another to mimic the natural motion of the hip. With metal-on-metal hip implants, these parts are all made of metal. The main allegation and safety concern with these all-metal hip devices is that they can release metal particles when the surfaces of the implant rub together.

Alleged injuries associated with metal-on-metal hip implants include pain, inflammation, difficulty walking, implant loosening, dislocation and metal poisoning (metallosis). When injuries become severe, patients sometimes need to undergo another surgery to remove the failed implant. This procedure is known as a revision surgery. A common allegation with metal-on-metal hip implant lawsuits is that the devices lead to revision surgery after only a few short years, even though hip implants usually last at least a decade.

Metal-on-metal hip implants came under greater scrutiny in August 2010, when DePuy Orthopaedics issued a worldwide recall of its ASR metal-on-metal hip implants. The recall was issued because they were failing at a higher rate than expected. This recall sparked thousands of lawsuits alleging DePuy failed to warn about the risks. Now, several manufacturers face litigation, including Stryker and Wright Medical. Although lawsuits are filed against different device makers, allegations are similar. Plaintiffs allege that the metal-on-metal hip implant was defectively designed and caused injuries, and the manufacturer failed to warn patients or the medical community.

Metal hip implant lawsuits also allege that device makers sold and implanted the device in thousands of patients without adequate clinical testing due to 510(k), which can approve devices without testing. The requirement for 510(k) is that the device is deemed “substantially equivalent” to an older product. This route was also used to approve transvaginal mesh implants, another medical device subject to safety concerns and litigation. 510(k) is not intended for “high-risk” devices, which are required to go through the stricter premarket approval process; this requires companies to submit data showing their products are safe and effective.