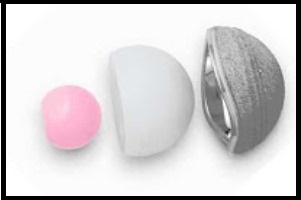 According to a report at MassDevice.com, the class-action lawsuit was filed on behalf of one Florida man who received the Rejuvenate hip implant component during a July 2011 procedure. A year later, Stryker Corp. recalled the Rejuvenate and ABG II hip implant components because they posed serious health risks to recipients. At the same time, Stryker advised physicians of patients fitted with these devices to regularly monitor them for signs of trouble with the devices.

The lawsuit filed recently in Florida state court seeks to have the expenses associated with that persistent monitoring be covered by the company responsible for the faulty devices. Stryker issued the recall last summer because it admitted that the Rejuvenate and ABG II devices were prone to “fretting and corrosion” that caused recipients to suffer severe pain, inflammation, and potential device failure.

Further, the fretting and corrosion put recipients at risk of suffering toxic metal poisoning, caused by metallic particles shedding into the bloodstream. This condition could lead to organ and tissue damage.

The Florida man who filed the class-action lawsuit is not seeking any damages from injuries he may have or is likely to incur as a result of the recalled device he’s wearing. Instead, according to the text of the complaint, “This action for medical monitoring seeks to recover the quantifiable costs of periodic medical examinations necessary to detect the onset of physical harm, but does not seek a damage award attributable to the increased risk of injury caused by the implantation of the defective Rejuvenate system.

Plaintiff requests that the court exercise its equitable powers to create and supervise a fund for the purpose of monitoring the condition of plaintiff and class members because such monitoring is reasonably necessary.”

The lawsuit is seeking for Stryker to cover the cost of regular medical monitoring that aims to detect trouble caused by the recalled Rejuvenate device. This care would occur every six months and would include blood testing to determine if dangerous levels of cobalt and chromium were accumulating in a recipient’s body.

Also included in the proposed company-funded care would be the retrieval of fluids from the affected joint as well as image scans like X-rays and CT scans that would aid a physician in determining if the Rejuvenate device is faulty or damaged and likely to cause a recipient harm.