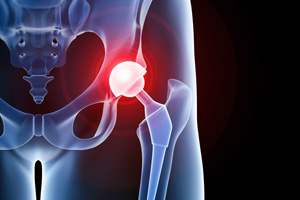 Under the agreement, the parties agreed to settle 1,292 Conserve, Dynasty or Lineage revision surgery claims that meet the eligibility requirements.

The total settlement amount is $240 million, with approximately $180 million from cash on hand and $60 million from insurance funds, according to a statement from Wright. The personal injury attorneys at Parker Waichman note that thousands of lawsuits have been filed against the makers of metal-on-metal hip replacement devices.

Wright’s metal-on-metal hip replacement devices are made of a cobalt, chromium and titanium alloy. The ball and the cup are both composed of metal and during normal movement the metal components rub against each other, releasing heavy metals into the bloodstream and the tissues at the joint.

Most metal-on-metal hip devices came to market under the Food and Drug Administration (FDA)’s 510(k) expedited device clearance process. In this process, the manufacturer does not have to conduct clinical trials if the device is shown to be substantially similar to a device already on the market.

But critics of the 510(k) approval pathway say all medical devices-especially those that will be implanted inside the body-should be subject to a more rigorous approval process that includes clinical trials.

Injured hip recipients allege that Wright knew or should have known that the metal-on-metal hip implant design was defective and dangerous, and that these hips release metallic debris into the bloodstream. Metal-on-metal hip devices have been the subject of warnings and recalls by international medical regulatory bodies.

In a 2016 advisory, the European Commission’s Scientific Committee on Emerging Newly Identified Health Risks concludes “all types of MoM hip arthroplasties release metals in any forms which, once in the body fluids and tissues, may lead to local and/or systemic adverse health effects.”

Eligible claimants in the Wright settlement must have a pending case in the MDL or the JCCP and must have undergone revision surgery within eight years of the original hip implant surgery.

The claim must also not have possible statute of limitation issues. If a claimant has had revision surgery in both hips, the case will be counted as two claims to the extent that each claim satisfies eligibility criteria.

As of September 25, 2016, Wright estimates there were approximately 600 outstanding metal-on-metal hip revision claims that would not be included in the settlement. Some of these claims are excluded because of the statute of limitations; others are excluded because the recipient had the implant for more than eight years.

Wright Medical also estimates that there are approximately 700 outstanding metal-on-metal hip cases that do not involve revision. Non-revision cases are excluded from the settlement.

A number of manufacturers of metal-on-metal hip replacement devices, including DePuy Orthopaedics (a division of Johnson and Johnson), Smith and Nephew, Biomet and Stryker, also face litigation over revision surgeries and side effects.

The ultimate cost to Wright to entirely resolve these matters will depend on many factors that are difficult to predict and may be materially different than the amounts accrued to date, including future revision claims and additional insurance recoveries. Further charges may need to be recorded in the future as additional information becomes available.