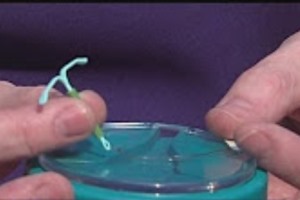 To reclaim some of which she has lost in the last few years, the woman is like thousands more across the country who have decided to file a lawsuit against the makers of Mirena® IUD, Bayer Healthcare Pharmaceuticals, claiming the company hid data that spoke to the dangers of this device while promoting it as safe and effective, even going so far as to create a social network of its so-called “busy moms” who found the device to be convenient for their lifestyles.

The woman from Pennsylvania is being represented by the national law firm of Parker Waichman LLP, which continues to serve legal needs of women who’ve been adversely affected by the Mirena® IUD, specifically. Her lawsuit was filed recently in Superior Court of New Jersey.

Mirena® IUD is an intrauterine contraceptive that’s implanted in the uterus and discharges a hormone to prevent pregnancy. The device is approved for women, generally who’ve already had a child. Bayer marketed Mirena® IUD heavily through the media and even created a social network site that allowed women to share stories on how using this contraceptive was effective for their busy lives.

The pharmaceutical giant has faced serious backlash over its marketing of Mirena® IUD and has faced fines and penalties from the Dept. of Health and Human Services over the “Simple Style” program centered around using this contraceptive as an alternative to traditional methods.

marketing avoided mentioning the common side effects of using Mirena® IUD, such as weight gain, acne, and breast tenderness

This marketing avoided mentioning the common side effects of using Mirena® IUD, such as weight gain, acne, and breast tenderness. Instead, Bayer said using Mirena® IUD would help women feel and look better and increase their libido. It also failed to mention some of the serious complications that can result from having the device implanted.

Per the Parker Waichman news release announcing the lawsuit, the woman from Pennsylvania received Mirena® IUD in 2008 but it was not until 2010 that she experienced any problems. The complications first presented themselves as severe and persistent pain.

“A CT scan performed in November 2010 showed that Mirena was no longer inside of her uterus. The Plaintiff underwent a subsequent laparoscopic surgery in order to remove Mirena,” the statement notes.

The device perforated the woman’s uterus after it was implanted but likely some time before it migrated outside the uterus. Bayer only warns in its safety information that Mirena® IUD poses a perforation risk while it is being implanted.

Our Mirena IUD injury law firm is here to help you when you need it the most.