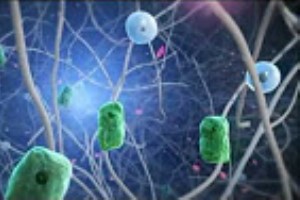 Wisconsin has a policy requiring its researchers to disclose when they receive more than $20,000

According to The Wall Street Journal, Wisconsin has a policy requiring its researchers to disclose when they receive more than $20,000 from a device or drug maker.  No other details – such as the exact amount received –  are required.  Wisconsin’s policy is pretty similar to other universities’ rules, the Journal said.

So following those rules, each year from 2003 to 2007, Zdeblick told the University that he’d received $20,000 or more from Medtronic. One year, he reported getting $40,000 or more. But as a letter from Sen. Charles Grassley (R-Iowa) states, the money Zdeblick received went well beyond $20,000, or even $40,000. According to Medtronic’s records, he received anywhere between 2.6 million to $4.6 million in royalty and consulting payments per year.

“I am concerned that Wisconsin’s reporting requirements do not go far enough to fully capture a physician’s potential conflict of interest,” Sen. Grassley’s January 12 letter said. He is asking for more information from Wisconsin regarding Zdeblick’s disclosures, and also wants to know if the doctor received royalties for  Medtronic products used at the school’s hospital.

acknowledge that the school’s disclosure rules were inadequate

According to the Journal, the dean of the University of Wisconsin’s medical school acknowledge that the school’s disclosure rules were inadequate, and should be toughened to require researchers to report specific payment amounts.

Zdeblick told the Journal that he does not receive royalties from any Medtronic products he uses, and has been telling patients about his financial ties to device makers since 1991.

According to the Journal, Zdeblick has received royalties for helping to develop Medtronic’s Infuse Bone Graft.  In  July, the Food & Drug Administration (FDA) warned that the use of Infuse Bone Graft and similar devices had caused serious problems when they were used off-label in cervical spine (neck) surgeries.  The device is named in several lawsuits that claim Medtronic improperly promoted off-label use, and it is the subject of a Justice Department investigation.

Medtronic has also been named in three “whistleblower” lawsuits filed by former employees that alleged the company paid doctors to use Infuse Bone Graft and other Medtronic spine products. Medtronic agreed to pay $40 million to settle two of the cases, but admitted no wrongdoing.