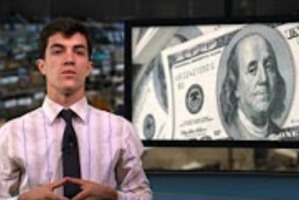 Now, The Minneapolis Star Tribune has published a report indicating that the company shut down an Infuse study in 2008 and hid the data after it showed unfavorable results.

According to the report, Medtronic was conducting a retrospective chart review (RCR) of Infuse in 2008. Researchers evaluated medical records of 3,647 patients who received Infuse at 26 sites. The Minneapolis Star Tribune reports that the study was intended to promote Infuse and gather data for new uses.

The data did show some good outcomes, but it also documented over 1,000 complications, many of which were linked to Infuse. The report indicates that four deaths were also unveiled due to cases such as heart problems and cancer.

Company’s Internal Archives Entered by Employees Without Notifying The FDA

Star Tribune reports that employees entered this data in the company’s internal archives without notifying the U.S. Food and Drug Administration (FDA). Medtronic’s chief scientific, regulatory and medical officer told the Star Tribune that the company recorded each adverse event years later in 2013.

It was not until 2013, when reports of serious complications arose, that Medtronic reported the adverse events to the FDA. That year, the company filed four death reports and an injury report. Medtronic also asked the FDA how to share information about the remaining adverse events.

The agency allowed to the company to file a summary, rather than a detailed report, “because this information was dated, and didn’t reflect new public health concerns,” an FDA spokesperson said, according to Fierce Medical Devices.

David Prince of Mitchell Hamline School of Law commented on the FDA’s response to the situation, telling Star Tribune “In some ways what’s curious about this particular case is the FDA’s behavior, even more than Medtronic’s behavior,” In noting that Infuse “is a widely, routinely used product,” Prince said

“When you get that kind of feedback from the marketplace telling you things are going wrong with some frequency, to just shrug and say, ‘Well, we won’t look at it any further’ is the ostrich approach. You’re just burying your head in the sand.”