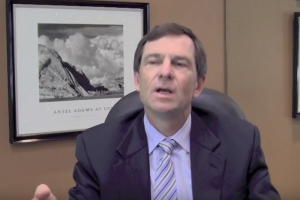 The EMA began a review of InductOs-sold in the U.S. under the name InFuse-after an inspection in April by Dutch and Spanish authorities of a site that makes an absorbable collagen sponge that is part of the device, Reuters reports.

Earlier this month, the EMA said the manufacturer did not comply with its requirements because it had not taken adequate measures to prevent particle contamination of the sponges. According to Medtronic, the EMA withdrew a Good Manufacturing Practices certificate, which is mandatory for product licenses in Europe, from a plant operated by a third-party manufacturer.

Medtronic, which is headquartered in Ireland, said it was working with the manufacturer to address the EMA’s concerns and said it expected the plant to be “up and running soon,” according to Reuters.

In a statement sent to Reuters by email, Medtronic said there is “no risk to patients due to this manufacturing issue,” and “supplies of InductOs in the market are safe for use,” the company said.

InductOs is sold as a kit containing its active ingredient dibotermin alfa, a solvent and an absorbable collagen sponge (ACS). The EMA has classified the ACS as an excipient of InductOs, making it subject to inspection under EU good manufacturing practice (GMP) guidelines, according to RAPS (Regulatory Affairs Professionals Society).

Inspection of Integra Site Revealed “A Number Of Major Deficiencies”

The sponge included in the InductOs kit is manufactured by Integra LifeSciences at a plant in the United States. A January 2014 inspection of the Integra site revealed “a number of major deficiencies.” The agency gave Integra a corrective action plan and Medtronic was restricted from importing the ACS to the European Union (EU), until inspectors could “assess the progress in eliminating the major deficiencies.” A follow-up inspection in April 2015 showed Integra had not taken adequate steps to eliminate “contamination of ACS with particulate matter,” according to RAPS.

The EMA found no indication of any risk to patients linked to the inspection’s findings, but the agency said its Committee for Medicinal Products for Human Use considered that the quality of InductOs could not be assured under the current manufacturing process.

In the U.S., Medtronic has faced serious problems over its marketing and promotion of InFuse for uses not approved by the Food and Drug Administration. Studies that were claimed to be “outside objective reports” were actually written or rewritten by Medtronic’s own agents.

Further, court documents in a lawsuit filed earlier this year allege Medtronic was actively involved in the writing and editing of articles and in decisions to include or exclude critical health and safety information. The lawsuit alleges that Medtronic omitted and concealed information about serious adverse events revealed in the research.