Defects In Medtronic Devices. Medtronic devices have been available to the public since 1998 and 1999 and have been under significant scrutiny in recent times. The latest issue arose in the earlier part of 2017, with a Class 1 recall involving software connected to the SynchroMed Implantable Infusion Pump. A Class 1 recall is the most serious of the three recall classifications given by the U.S. Food and Drug Administration (FDA). A Class 1 recall designates “a situation in which there is a reasonable probability that the use of or exposure to a violative product will cause serious adverse health consequences or death.”

The Class 1 recall would be of interest to anyone considering a Medtronic SynchroMed in light of the safety warning. The SynchromMed II and SynchroMed Implantable Drug Infusion Pumps, manufactured by Medtronic, are designed to deliver prescribed drugs to a particular site inside a patient’s body, oftentimes the spine.  A Class 2 recall was issued in May 2008, nine years ago, in reaction to reports of shaft wear and possible misconnections of the sutureless connector (SC) catheters from the catheter port on the pump. The Medtronic Neuromodulation INDURA IP recall was triggered by the potential for life-threatening blockages.

In 2009, Medtronic was faced with two recalls: pacemakers promoted under the Kappa and Sigma brand, followed by a Medtronic Insulin pump recall concerning its MiniMed Paradigm insulin pumps. In June the same year, the FDA cited Medtronic for taking too long to recall the faulty SynchroMed II pumps recalled 13 months earlier. The FDA also reminded Medtronic that the manufacturer knew about deficiencies at a facility in Puerto Rico almost two years prior to initiating the recall in May 2008.

The national personal injury law firm Parker Waichman LLP has extensive experience in medical device litigation. Attorneys at the firm are available to answer any questions about filing a potential lawsuit.

Medtronic issued a safety communication to its customers in 2012, over the possibility for twice the rate of device failure, should unapproved drugs be used together with their SynchroMed pumps. It seemed as if the FDA had lost patience by 2015, after issuing dozens of letters to Medtronic over numerous and varied issues with its SynchroMed pumps. The FDA initiated what was described as a manufacturing ban on the SynchroMed II Implantable Infusion Pump Systems.

The results of these concerns are best illustrated by examining a lawsuit filed by an Arizona couple in 2010. According to the Medtronic SynchroMed lawsuit, the Medtronic SynchroMed Pump & Infusion System received premarket approval (PMA) in 1988 from the FDA. Medtronic’s SynchroMed EL Pump and Catheter got approval through a ‘supplemental’ PMA in 1999. “The device is a system for infusing pain medication into the spine,” according to court documents.

It is alleged that Medtronic became aware that a granuloma (a nodule of inflammatory cells) may form at the tip of the catheter. In this case, there is a potential to paralyze the patient. The lawsuit claims that Medtronic did not report this problem to the FDA. In October 2000, in Tucson, Arizona, the man had the Medtronic infusion pump and catheter system implanted surgically. The catheter was implanted inside the membrane that surrounds his spinal cord. The purpose was to deliver pain medication through the catheter tip directly to his spinal cord.

The man suffered a fall in 2015 as a result of allegedly decreased sensation in his right leg along with difficulty with urination. An initial consultation with a neurosurgeon failed to diagnose the problem because the doctor was not aware, according to court documents, that the Medtronic infusion pump may cause a granuloma to form at the tip of the catheter. 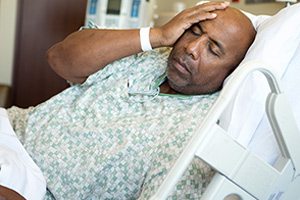 The plaintiff was seen several days later by a second doctor who said in an evaluation that the man was continuing to experience “ascending paralysis in both legs.” The second consulting doctor suspected a granuloma due to a prior case with a previous patient, and ordered tests which confirmed a granuloma. It was allegedly caused by the Medtronic pump catheter tip that caused a complete blockage of the spinal fluid, as well as compressing the spinal cord at the T12 level in his spine, according to the lawsuit.

Between November 2006 and January 2007, more than a year later, the FDA discovered the problem caused by the infusion pump and catheter system and Medtronic’s extensive under-reporting of adverse events during inspections of a Medtronic manufacturing facility.

In addition, the lawsuit alleged that Medtronic had knowledge as early as 2001 regarding the potential of an inflammatory mass developing at the catheter tip. The couple filed suit against Medtronic in an Arizona state trial court. The complaint alleged state-law claims of strict liability, breach of warranty, and negligence, including negligent design and negligent failure to provide adequate warnings.