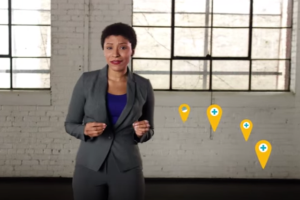 The ties between drug companies and medical device makers and the doctors who prescribe their products have been under increasing scrutiny.  Critics worry that such ties overly-influence prescribing practices. Both the US Justice Department and the US Congress have investigated the issue, and Massachusetts recently enacted requires pharmaceutical companies and medical device manufacturers to report all gifts to doctors that exceed $50.

Last week two prominent U.S. senators — Chuck Grassley, a Republican from Iowa, and Herb Kohl, a Wisconsin Democrat — sent a letter to the president of Columbia University in New York asking for details on the income from drug and medical device companies received by 22 doctors who conduct research at the Ivy League institution.

Medical device maker Medtronic Inc. has also been scrutinized recently for the way it promoted its Infuse Bone Graft product.  The Food & Drug Administration (FDA) recently warned that unapproved use of Infuse had been linked to serious and life threatening adverse events.

Kohl  and Grassley have each written letters to Medtronic, asking for records relating to consulting contracts it has with physicians for Infuse Bone Graft.

One University of Minnesota doctor, Dr. David Polly, who heads the school’s Spine Service, was named in the letter Grassley sent to Medtronic.

Under this increasing pressure, medical schools are finally beginning to address the problem of industry influence.  According to the Associated Press, about a quarter of all U.S. medical schools have now implemented policies governing  industry gifts.

Some have gone so far as to ban drug company sales reps from handing out free samples, although drug companies can usually make donations to a central supply office.

University of Minnesota  would ban personal gifts from industry to doctors

According to the Minneapolis Star Tribune, the policy being considered at the University of Minnesota  would ban personal gifts from industry to doctors. Free drug samples would be limited.

Industry support for doctors’ continuing medical education would be phased out. Doctors’ consulting relationships would be disclosed to both patients and the public. Those financial ties would be monitored far more closely.

A draft of the proposal has already been reviewed by the medical school’s dean, and distributed to faculty for comment.  According to the Star Tribune, reaction from the school’s faculty has so far been mixed.