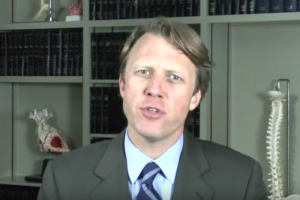 In July, the Food & Drug Administration (FDA) warned that the use of Infuse Bone Graft and similar products had caused serious problems when they were used off-label in cervical spine (neck) surgeries.

According to the Journal, Kuklo’s Infuse study claimed to showed that wounded soldiers’ leg injuries healed better when the product was used.  But  Walter Reed was unable to verify its conclusions. According to a report in the St. Louis Post-Dispatch, the study cited higher numbers of patients and injuries than the hospital could account for.

Kuklo also did not obtain the Army’s required permission to conduct the study. According to The Wall Street Journal, investigators at Walter Reed have also concluded that Kuklo forged his co-authors signatures on the study.

The Journal of Bone and Joint Surgery, which published Kuklo’s article last August,  retracted it in March.

Kuklo is a paid consultant for Medtronic

The New York Times is reporting that Kuklo is now an associate professor at the Washington University medical school in St. Louis.  The Times said that Kuklo is a paid consultant for Medtronic, and had also given talks on Infuse while at Walter Reed.

A Medtronic official also confirmed to the Times that the company financially supported some of Kuklo’s research at Walter Reed, but said the Infuse study was not funded by Medtronic.  The official would not say when Kuklo was hired as a consultant, nor how much he has been paid, the Times said.

The Kuklo affair is just the latest incident to raise questions about Infuse, as well as Medtronic’s relationships with doctor consultants.   In September, the Wall Street Journal reported that at least three-quarters of the roughly 200 “adverse events” reported to the FDA involve off-label uses of Infuse Bone Graft.

Doctors are free to use approved medical devices in anyway they see fit.  However, manufacturers are forbidden from promoting any use that has not received FDA approval – known as off-label use.

Concerns over off-label Infuse procedures have sparked a Congressional investigation into possible illegal  promotion by Medtronic.  In November, Medtronic also said it had received a promotion from the Department of Justice as part of a probe of possible off-label marketing.