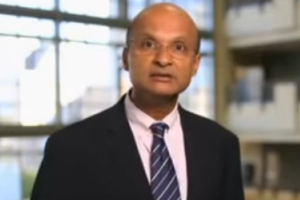 Congressional Probe on Medtronic Infuse Bone Graft. Medtonic’s Infuse Bone Graft device is now the subject of a congressional probe. Off-label use of Infuse Bone Graft has linked to life-threatening complications, and lawmakers want to know if Medtronic paid consulting fees to spine doctors to encourage use of the device in unapproved procedures. While doctors are permitted to use approved medical devices in any way they see fit, it is illegal for manufacturers like Medtronic to actively promote such uses.

In July, the Food & Drug Administration (FDA) warned that the use of the Infuse Bone Graft had caused serious problems when it was used off-label in cervical spine (neck) surgeries.

Last month, The Wall Street Journal reported that at least three-quarters of the roughly 200 “adverse events” reported to the FDA involve off-label uses of Infuse Bone Craft.  The Journal said that most of these complications cases involve unwanted bone growths near nerves or in areas outside targeted fusion sites. That can lead to pain, repeat surgeries and, in some cases, emergency intervention.

Now, Senators Herb Kohl (D-WI), chairman of the Senate Special Committee on Aging, and Charles Grassley (R-Iowa), the ranking Republican on the Senate Finance Committee, have each written letters to Medtronic, asking for records relating to consulting contracts it has with physicians for Infuse Bone Graft.  Grassley also asked Medtronic to provide information about adverse events related to off-label use of Infuse.

Other orthopedic device makers have made public the names of doctors with whom they have consulting agreements, and have disclosed the amount of money the doctors are paid.  Both Grassley and Kohl want to know why Medtronic has not.

Last month, The Wall Street Journal also reported that doctors paid consulting fees by Medtronic have promoted off-label use of Infuse by, among other things, authoring articles that present unapproved uses in a favorable light.

Two lawsuits filed by former Medtronic employees have also claimed that the company used improper incentives to encourage doctors to use Infuse.  Visits to strip clubs, undeserved patent royalties, and lavish trips are just a few of the perks the employees allege Medtronic provided to doctors.  The lawsuits led to a $40 million settlement agreement between Medtronic and the government, but that is  being challenged by one of the employees on the grounds that it is too low.

The Senators are also seeking more information on one of the Medtronic employees’ lawsuits, which has been placed under seal by a federal judge.    In their letters, both Senators said the employees’ allegations were “highly disturbing,” and “troubling.”