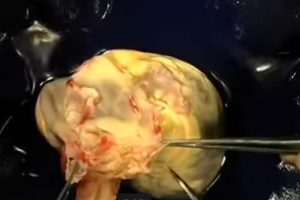 The studies’ findings may lead to more careful placement and less use of stents.  According to one study—known as FAME—decreased stent implantation could reduce deaths, heart attacks, and repeated surgeries.

FAME results were presented at the annual Transcatheter Cardiovascular Therapeutics meeting of cardiologists and medical-device manufacturers.

The FAME findings were announced on the same day that an article in the Journal of the American Medical Association (JAMA) reported that, outside of emergencies, most stents are implanted too hastily in the U.S., without a medical test to verify the procedure’s necessity.  Traditional treatment—as indicated in medical textbooks and by professional societies—typically recommends that doctors verify a patient’s ischemia prior to surgically implanting a stent.

According to the JAMA article—which examined data from the U.S. Medicare program—that verification step, which is a simple treadmill stress test, is often omitted and, instead, many cardiologists simply take an X-ray and proceed with stent implantation.

The X-ray, also known as an angiogram, is taken of the blood vessels; however, X-rays alone can make it difficult to determine if a blood vessel is blocked and if a stent will help alleviate chest pains.

The FAME study recommends doctors go beyond the X-ray and measure the blood flow in each artery before stent implantation suggesting that by only stenting those arteries that are really choked off, doctors could reduce subsequent deaths and heart attacks.

The study was funded by Sweden’s Radi Medical Systems AB, which manufactures the equipment to measure blood flow inside arteries that was used in the study. The study included about a thousand patients in the U.S. and Europe with doctors assigning half the patients to conventional treatment using stents and only directed by X-ray; patients received 2.7 stents each on average.

The other half of the group had their blood flow in each major artery measured with Radi’s equipment with only “truly choked-off” arteries stented and with such patients receiving an average of only 1.9 stents.

18.4 percent of the conventional patients had died, suffered a heart attack

After one year, 18.4 percent of the conventional patients had died, suffered a heart attack, or had to return for a repeat cardiovascular procedure.  In the group whose blood flow was measured, and who received fewer stents, the figure was lower at 13.2 percent.

According to Nico Pijls, the Dutch cardiologist who led the study, stents can help an artery that’s truly choked off; however, unnecessary implantation causes “collateral damage.”

In the U.S., stents continue to be widely used to treat heart disease and are sold by Boston Scientific Corporation, Abbott Laboratories, Johnson & Johnson, and Medtronic Incorporated.