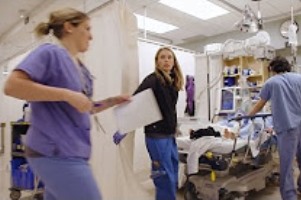 Heater-Cooler Devices Have Been Linked to 8 Bacterial Infections. Heater-cooler devices, which are used to maintain a patient’s blood temperature during heart surgery, have been linked to 8 bacterial infections at WellSpan York Hospital in Pennsylvania Of the 8 patients infected, four have died. It is unclear whether the deaths were primarily caused by the infections, the New York Times reports.

About 1,300 current and former patients were notified about the risk of bacterial infections associated with heater-cooler devices used during open heart surgery performed between Oct. 1, 2011 and July 24, 2015, the hospital said.

The bacteria is nontuberculous mycobacteria (NTM), which can be found in soil and water. Most of the time, NTM is not dangerous. However, in rare cases, infections can occur in individuals who are seriously ill, such as those with a weakened immune system. NTM infection can lead to fever, weight loss, joint pain, lethargy and death.

Heater-cooler devices regulate a patient’s temperature through warming and cooling blankets that use a closed circuit of water. “Although the water in the circuits does not come into direct contact with the patient, there is the potential for contaminated water to enter other parts of the device or transmit bacteria through the air (aerosolize) through the device’s exhaust vent into the environment and to the patient.” the U.S. Food and Drug Administration (FDA) said in an October 2015 safety alert.

York Hospital says the rate of infection among patients who underwent open-heart surgery during the period was less than one percent, according to WellSpan York Hospital.

Dr. Hal Baker, who oversees infection control at York Hospital, said that staff did not follow cleaning instructions outlined in a 2010 manual “to the letter”, according to NYT. Sorin Group, who manufactures the devices, issued a safety notice in June.

The company gave a new set of guidelines to maintain the machines. The three machines at York Hospital have been replaced after the safety concerns arose, Dr. Baker said. In a statement, the hospital said the bacterial infection was “likely a contributing factor” in the four deaths.

Heater-cooler devices were linked to bacterial contamination in reports published by European researchers this summer. According to Joseph Perz, an epidemiologist at the Centers for Disease Control and Prevention, it is the first time NTM infections have been associated with the devices, although the bacteria has caused infections during treatment for decades.

The FDA received 32 reports of bacterial infections associated with heater-cooler systems; 25 were reported this year alone. Eight infections were contracted in the United States, although it is unclear whether they are the same ones at York Hospital. The remaining cases occurred in Europe.